"The Crowned Clown" and "Kingdom" Filmed in Popular Mungyeong 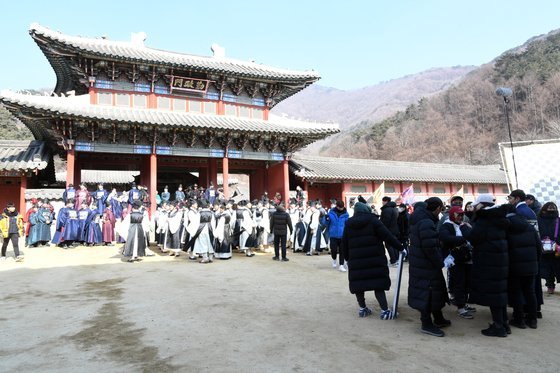 Many dramas are now being filmed Mungyeong Saejae, Gyeongbuk because it has become popular as a historical drama. Due to its growing popularity, the city of Mungyeong has started to develop plans to connect with the revitalization of the local economy.

"The Crowned Clown", "Haechi", Netflix drama "Kingdom", movie "Forbidden Dream" and three others are being filmed currently on the outdoor set of Moongyeong Saejae. According to the city, the outdoor set was built in the year 2000 and 115 dramas and 40 films have been made there.

The city of Mungyeong established a media strategy team on January 1st to systematically support the filming teams. The strategy team will develop filming locations in the Mungyeong area, promote filming sites, and invite domestic, and foreign video industry officials to participate in tours. They will also review production cost support when filming is carried out on the Mungyeong Saejae Set.

The government also enacted a video industry promotion ordinance in Mungyeong City. It aims to strengthen Mungyeong's competitiveness by regulating matters necessary to promote the drama and film industry as an ordinance. A video promotion committee will also be formed with experts from the video industry.

There is an open set in Mungyeong and an open set in Gaeun. The Mungyeong Saejae open set, which is under the Joryeong Mountain in Yongsagol, is a Joseon Dynasty set. There are 23 sets of Gyeongbokgung Palace, 5 of Donggung Palace, 7 of the shrine, 68 of the house of Sadaebu, 22 of the town, 4 of the fourth wing, 1 of the gate, and a mountain hut of Iljimae. 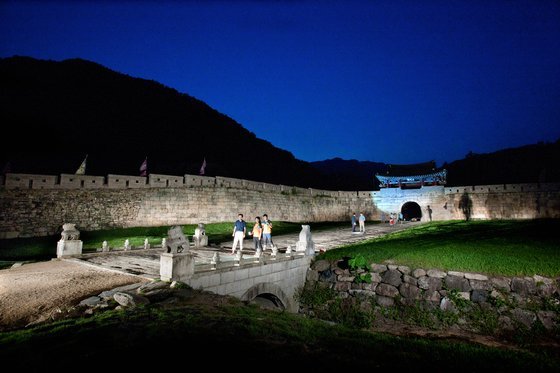 ""The Crowned Clown" and "Kingdom" Filmed in Popular Mungyeong"
by HanCinema is licensed under a Creative Commons Attribution-Share Alike 3.0 Unported License.
Based on a work from this source