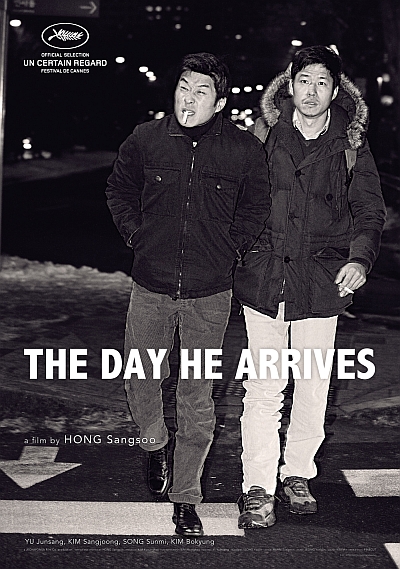 Korean film "The Day He Arrives" has been invited to films festivals in England, Austria and Brazil, adding to the fast-growing list of international film events that have called on critically acclaimed director Hong Sang-soo's newest movie.

A press release by the film's promoter JEONWONSA announced on Wednesday that "The Day He Arrives" will be screened under the World Cinema category, recognizing the best new films from around the world, of the 55th BFI London Film Festival set for October 12 to 27.

Hong seems to be a favorite with the fest as he is with many others -- this is his fourth project after "Tale of Cinema", "Night and Day" and "Oki's Movie" to be invited to London.

"The Day He Arrives", starring Yu Jun-sang, Song Seon-mi and Kim Sang-joong, tells the story of a young film professor that reunites with his mentor in a small village for a three-day stint.

The movie was also screened under the Un Certain Regard category during the 64th Cannes Film Festival and at the Karlovy Vary International Film Festival held in the Czech Republic in early July.