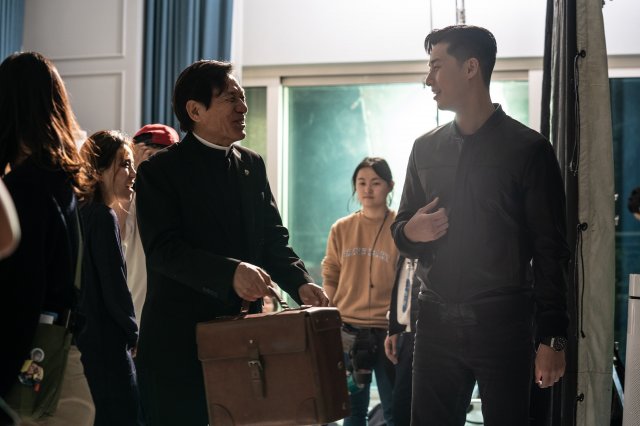 The movie "The Divine Fury" released stills of Park Seo-joon and Ahn Sung-ki.

"The Divine Fury" is a story about a man who has lost his father, and the final battle between him and the god of death. 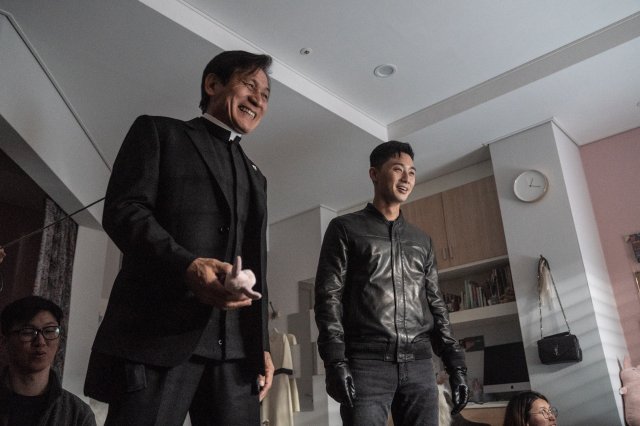 The stills of "The Divine Fury" shows Park Seo-joon in the role of martial arts champion Yong-hoo and the exorcist Father Ahn. Unlike their charismatic appearance in the movie, the actors are always having fun on the set.

Yong-hoo lost his father to an unfortunate accident and ended up with nothing but distrust for the world, but he meets Father Ahn who risks his life on strong beliefs to carry out his missions, and fights the evil of the world. Yong-hoo changes thanks to Father Ahn and the bond between them is expected to increase immersion for the film. 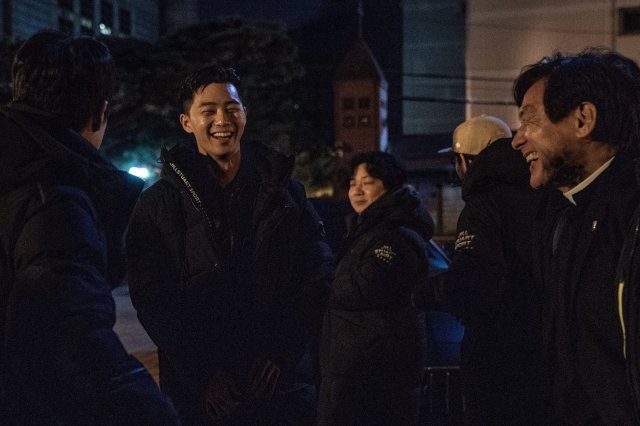 Park Seo-joon and Ahn Sung-ki have created synergy together on the set and Park Seo-joon said, "He's like my father. I depend on him a lot and when the filming was over, I realized I learned about life from him too".

Ahn Sung-ki said about Park Seo-joon, "He's a bundle of appeals. We work well together and I hope to meet him again".

Meanwhile, "The Divine Fury" comes out this month on the 31st. 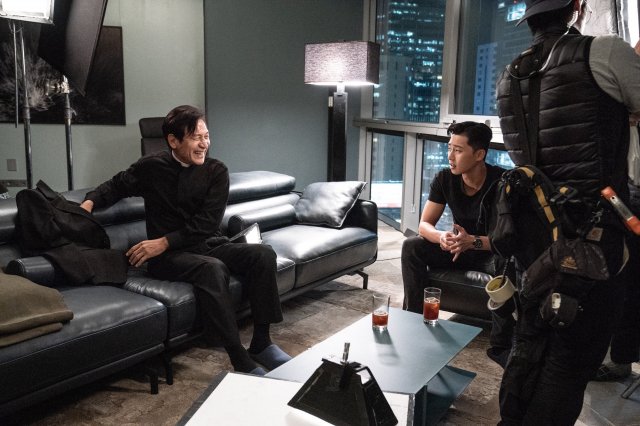 ""The Divine Fury" Park Seo-joon and Ahn Sung-ki Like Father and Son "
by HanCinema is licensed under a Creative Commons Attribution-Share Alike 3.0 Unported License.
Based on a work from this source