The 'Fans of the Korean Waves' says, "We love Korean dramas, because" 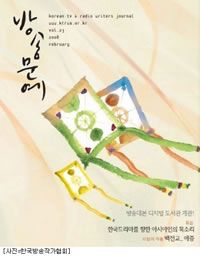 A monthly magazine of the 'Korean Drama Script Writers Association' have printed an exclusive article on the perspectives of the Asian 'Korean Waves lovers' toward the Korean dramas.

Under the title, "The voice of the Asian fans toward the Korean dramas" the article includes a thorough analysis of the elements of attraction in the Korean dramas by the critiques of various Asian countries, including Hong Kong, Taiwan, Indonesia, China and Japan.

Reporter Jen Ku Yang from 'The Hong Kong Economics Newspaper' said, "For example, previously, many Hong Kongnese only thought of Korea as a violent and unsettled country with large-scaled street demonstrations and violent conflicts. But from the sitcom "No one can stop them", they now see Korea as a creative, stable and scientifically advanced modern society. Also the drama "Be Strong, Geum-Soon!" mirrored the advancements in Korea". However, he pointed out that, "Compare to China or Japan, there are lesser viewers who watch the Korean dramas or be interested in the Korean stars. Therefore unless the dramas appeal to the viewers any stronger, the Korean Drama market will be quickly diminished".

The Taiwanese CTV's project designer, Chew Si Wen, said, "I could see the changes in Korean society through dramas such as "Hotelier", "Winter Sonata", "Dae Jang Geum", "Surgeon Bong Dal-hee", "My Name is Kim Sam-soon" and "Dalja's Spring". The high-quality scenes of these Korean dramas are the greatest element of attraction to the viewers. However, the problem is that starting from "Winter Sonata" and "Full House" to recent "Fox, What Are You Doing ??" most romance dramas are practically following the same plots and endings. There is nothing that would grab the viewers to continue to watch the drama".

Reporter Suharz Tono from the 'Indonesia National Daily Journal' said, "From "My Love Patzzi" and "Autumn in my Heart", I got the impression that Koreans may not be as courteous as Japanese people but are honest and open-minded". He also compared the Korean and Japanese dramas, "The Japanese dramas don't have as much dialogue as the Koreans. And the Japanese actors are rather stiff while the Korean actors are very comfortable. And the Korean dramas have various themes such as family, history and love".

The 'Movie World Maganizine"s reporter, Dang Tiewoo Ngun (Vietnam) said, "I personally was a big fan of the Korean dramas such as "Doctor Brothers", "Model", "The End of the World" and "You and Me". However, it's disappointing to see that most recent dramas all follow the same plot lines".

The Chinese CCTV's drama script writer, Shusha Oh-bin, said, "I watched "Dae Jang Geum" and was in love with its attention-grabbing plots and scripts".

A director of Japan's 'Ohohtake Yoko Tokyo International Female Film Festival' said, "I watched about 70 Korean dramas, including "Winter Sonata", "Beautiful Days", "Damo", "All In", "Dae Jang Geum", "Twitch", "Spring Waltz". I personally think "Winter Sonata" was one of the three greatest things that ever happened in the cultural exchange between Japan and Korea. My favourites are the ones written by script writers Song Ji-na and Kim Eun-sook. I wish there are more female producers like the one from "Coffee Prince".

Meanwhile, the experts agreed that "Such evaluations from critiques from various Asian countries will give opportunities to the Korean drama directors to reflect and enhance the competitiveness of the Korean dramas in the International market".

"The 'Fans of the Korean Waves' says, "We love Korean dramas, because""
by HanCinema is licensed under a Creative Commons Attribution-Share Alike 3.0 Unported License.
Based on a work from this source