"The Flower of Joseon" by Selma 'Asma' Assadi 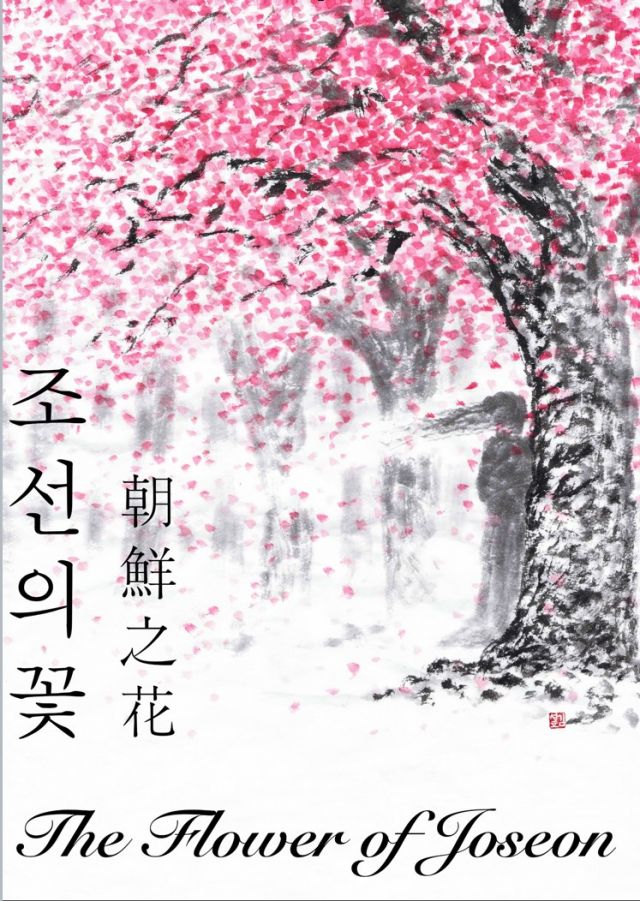 "The Flower of Joseon" is centred in the 17th century following the discovery of New Holland (Australia).
William was a cartographer and part of the British Indian company ship crew, he is in search of a new life for him and his daughter Alida, after the tragic events they had been through.
They arrive at Joseon (Korea) the land of his dreams, where Alida will live a very interesting life after she meets the most unthinkable person the king of Joseon, she is held captive for committing a crime, but instead of being treated a a prisoner she is pampered and treated like a queen, after the king of Joseon himself orders so, Kim Tae-Hyuk is weak in front of her and he is determined to win her heart. During her 90 day sentence king Tae-Hyuk will be very influenced by Alida, making him change his path and the path of those around him, even internal laws and Joseon politics, this will lead to the discovery of traitors to the crown of Joseon, causing conflicts with Qing (China).
King Tae-Hyuk will learn to be a better king, fixing his decisions from the past, providing happiness to his closest family members and discovering his real friends from his enemies.
Alida has a decision to make, whether to stay beside the love of her life jeopardising his position, or her freedom and eternal sorrow being apart from king Tae-Hyuk.
The journey doesn't end there... now it's modern Seoul 2015... Rose is in search of his modern king of Korea"

The cover was made by Kim Sung-Ho, chairman of the Korean Pure Arts Association www.imjae.com, he kindly agreed to make the cover for me after I expressed how in love I was with the country, although I got to admit that it was very hard to convince him, correspondence and agreement was made between Kim Yeong-Long and myself, then sent me the image but they kept the original to be exposed in Kim Sung-Ho's gallery.
The image has a lot of meanings, as it's Alida hiding behind a cherry blossom in an small island where king Tae-Hyuk took her afraid to be devoured by a wolf, when it was only king Tae-Hyuk simulating the wolf's howl.

I am form Spain working for Apple Inc. living in Ireland.
I have been in love with Korea for a long time, I think that when I was in my young teens I read a magazine about the development of Korea after the separation war and their achievements, it totally blew me away, I thought that they were more productive than the Germans after world war II or even the Japanese. I read about Joseon history and my ultimate hero is king Se-Jong the great of Joseon, his achievements I believe that he should be proclaimed the best inventor in history, Hangeul is just mesmerising.
In the mundial of 2002 I was cheering for Korea to win even against Spain my country, which they did. And it was 2004 when I first watched my 1st Korean drama "Full House" with Rain and Song Hye-kyo, I was completely taken by the story and how well executed it was, and ever since I only watch Korean dramas, movies and listen to Korean music. I am also learning the language and I proudly can write perfect Hangeul.

Buy the eBook on Amazon

""The Flower of Joseon" by Selma 'Asma' Assadi"
by HanCinema is licensed under a Creative Commons Attribution-Share Alike 3.0 Unported License.
Based on a work from this source