"The Front Line" screenings in LA and Santa Monica 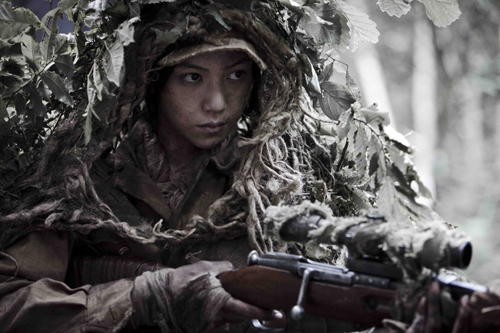 After holding special screenings in support of "The Front Line", South Korea's submission to the Academy Awards best foreign language film category nominations, the Korean Film Council (KOFIC) has announced it saw a strong turnout and positive reactions. About 500 industry professionals including members of the press from LA Times, Variety and the Hollywood Foreign Press attended the screenings.

In talks with the director after screenings of The Front Line, Jang Hoon answered questions from the audience about the background and scale of the production, and the discussions even went to North and South Korean relations.

Following in the steps of leading Korean directors such as Park Chan-wook, Bong Joon-ho and Kim Jee-woon, Jang Hoon is a strong contender to work abroad as well. With this view, KOFIC also arranged meetings for Jang with studio executives interested in co-productions and/or Korean film investment.

Meanwhile at the AFM, KOFIC also opened a Korean location promotion booth, supporting the Busan Film Commission and the Jeju Film Commission. The booth saw an average of 150 – 200 visitors a day.

""The Front Line" screenings in LA and Santa Monica"
by HanCinema is licensed under a Creative Commons Attribution-Share Alike 3.0 Unported License.
Based on a work from this source