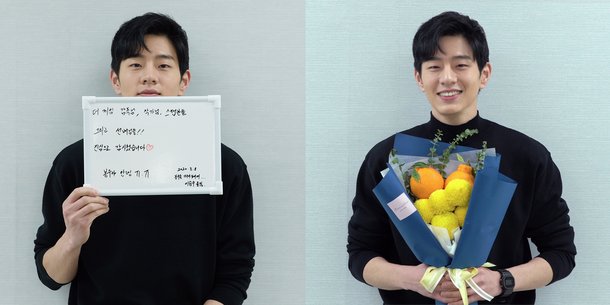 "Thank you, director and writer who helped to create this drama", Lee Seung-woo-I added. "I had a wonderful time with precious people throughout the winter. Thank you, viewers for watching the drama and I'll work harder to become a better actor in the future".

""The Game: Towards Zero" Lee Seung-woo-I's Ending Speech"
by HanCinema is licensed under a Creative Commons Attribution-Share Alike 3.0 Unported License.
Based on a work from this source