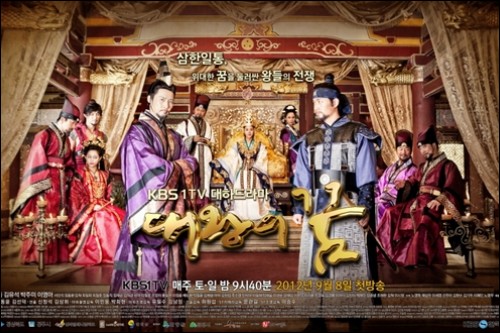 KBS 1TV drama "The Great King's Dream" has been involved in another accident.

According to KBS, a bus with the staff of the drama on board was stopped on the side road to be checked for any mechanical problems and a following 11.5 ton truck rammed it from behind leaving 7 wounded.

The driver has injuries to his arms and legs and the other members of staff who were on board have minor injuries.

KBS claimed, "The shoot continues as normal and although it's a shame about the accident, we are focusing on the drama first".

Previously, Choi Soo-jong and Park Joo-mi from "The Great King's Dream" were in a car accident and the drama had to be postponed two weeks in a row. Choi Soo-jong and Choi Jae-sung were also dropped from their horses. This incident is the drama's sixth accident.

""The Great King's Dream" sixth accident"
by HanCinema is licensed under a Creative Commons Attribution-Share Alike 3.0 Unported License.
Based on a work from this source