"The Great Seer" Jo Min-ki with an ice coffee 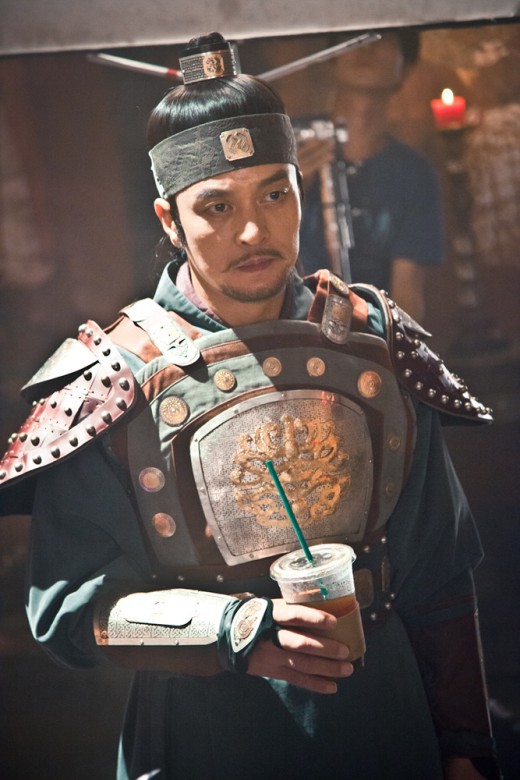 SBS revealed a behind-the-scenes cut from the drama "The Great Seer".

While there are fancy costumes and detailed sets being made for this drama, the appearance of talented actors and actresses drew attention.

In some of the pictures revealed on the 5th, the actors and actresses seem more friendly than serious. Ryu Tae-joon in the role of King Gong-min can be seen fanning himself in the heat and director Lee Yong-seok can be seen with an ice pack on his shoulder.

Jo Min-ki in the role of Lee In-im is wearing a general's costume with a serious face but it holding a cup of ice coffee in his hand. Like the picture freak that he is, he can also be seen taking pictures of others.

"The Great Seer" re-highlights the Chosun country's behind-story during the time of king substitution. It deals with the 'king makers' who helped to make the king.

""The Great Seer" Jo Min-ki with an ice coffee"
by HanCinema is licensed under a Creative Commons Attribution-Share Alike 3.0 Unported License.
Based on a work from this source