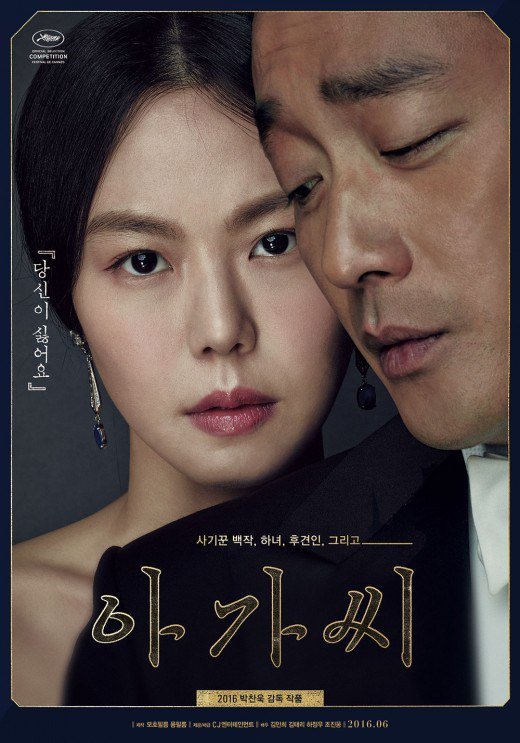 The movie "The Handmaiden" topped the charts on its first day of release.

According to the Korean Film Council, "The Handmaiden" rounded up a total of 289,424 on the 1st of June. The accumulated number is expected to be around 301,192.

"The Handmaiden" unfortunately couldn't go past "Hwayi : A Monster Boy" (360,000) but its record is meaningful for a movie based on the subject of homosexuality.

"The Handmaiden" is based on the Japanese Invasion in the 1930s about a lady named Hideko (Kim Min-hee) who inherits a fortune from her parents, a servant named Sook-hee (Kim Tae-ri), a fraud and count (Ha Jung-woo) and the lady's guardian (Cho Jin-woong). It is directed by the infamous Park Chan-wook.

""The Handmaiden" brings in 290,000 in one day"
by HanCinema is licensed under a Creative Commons Attribution-Share Alike 3.0 Unported License.
Based on a work from this source