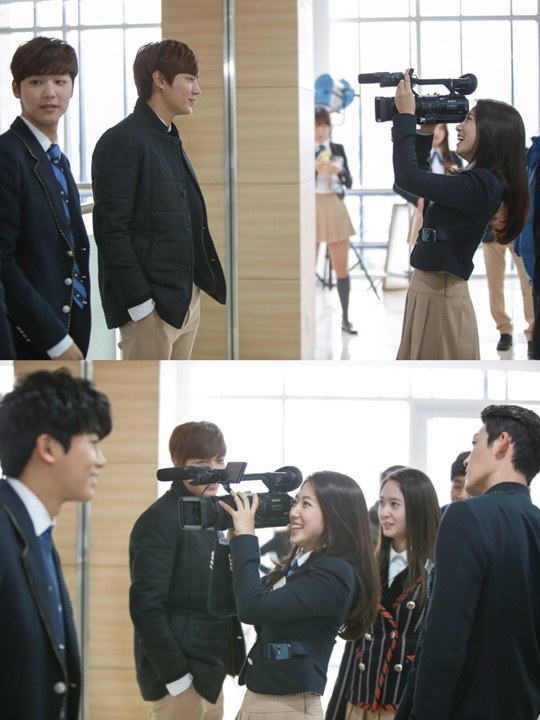 Lee Min-ho and the other casts smiled at Park Shin-hye's joke.

Behind scenes of the SBS drama "The Heirs" were revealed on the 12th.

Park Shin-hye is holding the making camera that belongs to the staff and pretended to be a staff. She's very serious when she's in front of the camera but when there's a time out, she's seen to be very curious about things and enjoys quality time with her fellow actors and actresses.

The drama is site is always full of energy and laughter despite the busy schedule which they go through every day. Everyone on the team enjoy talking to each other and display teamwork.

The production team claims, "The team synergizes with each other and is going to create the best high teen drama".

Meanwhile, Kim Tan (Lee Min-ho) and Yeong-do (Kim Woo-bin) are hostile towards each other over Eun-sang (Park Shin-hye).

""The Heirs" Lee Min-ho smiles at Park Shin-hye"
by HanCinema is licensed under a Creative Commons Attribution-Share Alike 3.0 Unported License.
Based on a work from this source