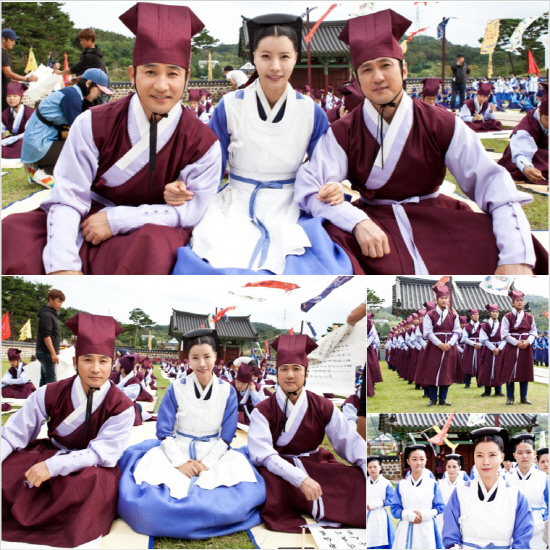 "We are the Chosun's doctors!"

Son Chang-min, Yoo Sun and Jeon No-min were seen on the first shooting of the MBC drama "The Horse Healer". The three are physicians in the drama. Son Chang-min takes on the role of Lee Myeong-hwan who takes over the medical world at a young age and becomes a bit shot of authority, Yoo Sun takes on the role of Jang In-joo who knows acupuncture so genius and Jeon No-min is Cho Seung-woos father and royal doctor named Kang Do-joon. They are the main character who hold the key to an important secret and their relationship starts when they meet Jang In-joo at the medical school.

Son Chang-min, Yoo Sun and Jeon No-min met for the first time on the set of the first shoot on the 18th. They have been acting for a long time only met each other for the first time through "The Horse Healer". They took a photo to remember their meet. They then made small talk after the shoot.

Kim Jong-hak Productions said, "Son Chang-min, Yoo Sun and Jeon No-min are the key characters of the story. They should put the finishing touches on the drama".

""The Horse Healer" Son Chang-min, Yoo Sun and Jeon No-min"
by HanCinema is licensed under a Creative Commons Attribution-Share Alike 3.0 Unported License.
Based on a work from this source