"The Item" Struggles Even With Headliner Ju Ji-hoon 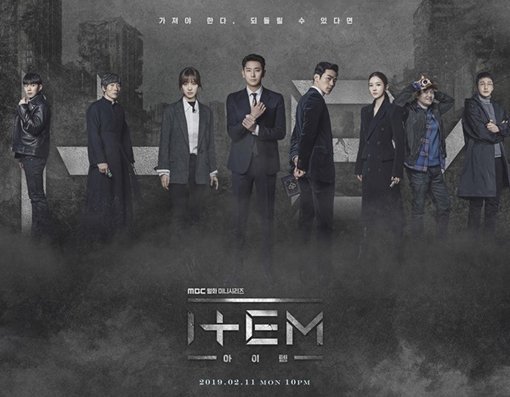 MBC drama "The Item" is not doing well. Despite having top actor actor Ju Ji-hoon on the front line and having been the topic of conversation since before it came out, the drama is quite disappointing with what Sports Donga calls "its milk-and-water" completion of the story.

"The Item" was an ambitious drama by MBC since its preproduction stages. It stars Ju Ji-hoon who has become a trustworthy actor through his 10 million audience success in "Along With the Gods: The Two Worlds" and Netflix drama "Kingdom". "The Item" is Ju Ji-hoon's first ground-wave drama in four years. Another attention caller was actor Kim Kang-woo's transformation as the bad guy.

However, expectations were too high. After the first episode, audiences say the story isn't consistent and the directing is confusing. The awkward CG effects are also a disappointment. Many say the drama has a lot to see, but it lacks the ability to make it a cohesive story. Because the drama is pre-produced, it can't reflect on these opinions and show improvement.

However, some say it's too early to tell. Sources say the layout takes a turn from the fourth episode when all the characters really get involved with each other.

Some also say that it's too early to give up on the actors. Apparently Ju Ji-hoon and Kim Kang-woo's performance enhances engagement in the drama and Jin Se-yeon who is a profiler in the drama is not too bad.

These opinions are given by local audiences.

""The Item" Struggles Even With Headliner Ju Ji-hoon"
by HanCinema is licensed under a Creative Commons Attribution-Share Alike 3.0 Unported License.
Based on a work from this source