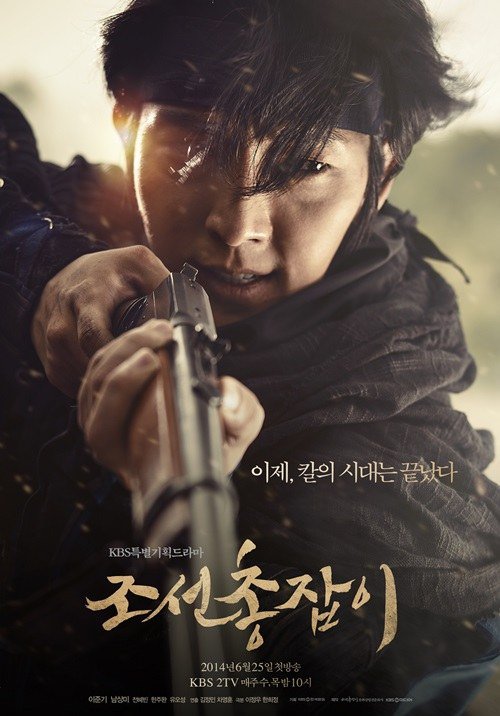 According to Nielsen Korea, the episode "The Joseon Shooter" on the 20th rated 11.1%. This is 0.1% more than the previous episode.

While "The Joseon Shooter" came in first place, MBC drama "Fated to Love You" and SBS "It's Alright, That's Love" dropped slightly.

They both rated 10.6% and 9.7% respectively, showing a slight drop in the numbers compared to the previous episode.

Meanwhile, on the seventeenth episode of "The Joseon Shooter", Park Yoon-kanh (Lee Joon-gi) was relieved to have ended his revenge, but it seemed otherwise as Kojong (Lee Min-woo) introduced Choi Won-sin (Yoo Oh-sung).

""The Joseon Shooter" comes in first place"
by HanCinema is licensed under a Creative Commons Attribution-Share Alike 3.0 Unported License.
Based on a work from this source