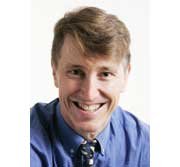 In the second of a four-part series, we continue looking at some popular Korean and/or English terms whose meanings differ from what an expatriate or foreigner visitor might reasonably expect. Inverted commas ― "..." ― indicate separate entries. The third installment will be published in two weeks.

Galbi: Food of the gods.

Gangster: Never encountered on Korea's (very safe) streets, but swarming over "K-soaps" "K-dramas" and the "real estate" business. Also inhabits the "chairman's" office of at least one "chaebol".

Generation Gap: Think of the Grand Canyon, and you will have an inkling.

Grey: Vies with black and white as the top color choice for Korean automobiles. (Carmakers! Why? Is colored paint more expensive?)

Government Office: Often-monumental structure, easily located as there will be a noisy "demonstration" underway nearby.

Government Official: Polite, well-presented individual who works at a "government office" and whose aim in life is risk avoidance.

Hagwon: Institution to which Korean mothers pay huge sums; in return, their children are mentally tortured until the wee hours.

Heritage: Temple or royal palace, ergo worthy of "Restoration". (Note: "heritage" does not apply to "hanok" or other commoners' sites.)

Hooker Hill: Itaewon hill noted for ― say no more. A surprising number of seemingly respectable expatriates may be spotted here in the early hours… this columnist's visit was solely for research purposes, naturally. (I want a word with you in my office ― Ed.)

Human Rights: What "liberals" demand for South Koreans, but deny to North Koreans.

IMF: Shadowy organization of international financial villains that tried to devastate Korea's economy and society in the late 1990s. Their attempt was narrowly foiled.

Incandescent with rage: Troubling condition afflicting some readers of this column.

Japan: Nation which is good at animation, produces OK grub, and whose yen-wielding shoppers are welcomed, but let's face it: The great Satan.

Jeju Island: Formerly: Subtropical island whose hotels' bedsprings were heavily strained due to popularity among identically dressed honeymoon couples. Currently, one of the world's "Seven Wonders of Nature". (That's official!)

Kimchi: The world's most delicious, healthiest condiment, and never forget it! If (horror) you don't like it, do not admit it, on pain of ostracism. An acquired taste, so incoming expatriates should begin immunizing themselves with small doses, pre-arrival.

Kim Jong-un: Porcine but youthful dictator; leader of the "Norks". Probably most famous living Korean, following the exit of his even more iconic father, Jong-il.

Korea: Northeast Asian nation sandwiched between "China" and "Japan" that increasingly punches above its weight. If you are reading this in hard copy, you are probably standing/sitting in it.

Korea Times: The paper to read in Korea, and a far livelier one than its competitors. It's never too late to subscribe. (Good work getting this one in! ― Ed.)

K-Pop: Pretty-boy or pretty-girl band, birthed, incubated and rigorously trained in formation dancing and singing in unison by Seoul-based management companies. Usually contains six-plus members, cunningly formulated so that management can ditch any member who gets rock star syndrome without damaging the overall image.

KTX: Hyper-fast, efficient and affordable Korean train. All British Rail staff should be forced to experience this.

Lame duck: One-legged fowl. Also, what every Korean "President" inevitably becomes as their (single) term in office nears an end.

Andrew Salmon is a Seoul-based reporter and author. His latest work, "Scorched Earth, Black Snow", was published in London in June. Reach him at andrewcsalmon@yahoo.co.uk. This is the second installment of a four-part series.