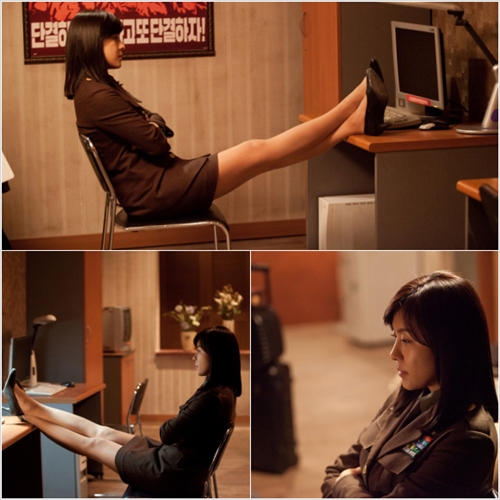 On the fourth episode of the MBC drama "The King 2 Hearts" that is to be aired on the 29th, she puts up her two legs on a desk, looking sexy.

This scene was shot on the 8th at a set in Anseong, Gyeonggi Province and she is wearing a smart North Korean uniform. Her stunning legs lit up the whole atmosphere of the shooting set.

Seeming shy of the exposure of her legs at first, when the cue sign fell through she prevailed the atmosphere of the set and became a professional.

""The King 2 Hearts" Ha Ji-won's healthy legs"
by HanCinema is licensed under a Creative Commons Attribution-Share Alike 3.0 Unported License.
Based on a work from this source