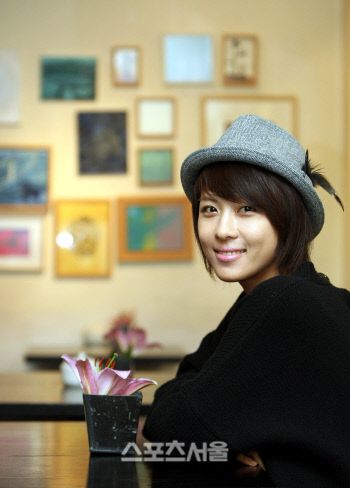 A person close to her said, "She is learning the language from a former North Korean soldier who has defected. Her job is a sergeant in the drama and there are lots of episodes featuring the military so learning from a former solider helps her a lot". As Kim Hang-ah is the first female sergeant in the North Korean Special Forces, she is known as a legendary female who even men avoid getting in trouble with and therefore she should perform action and stunts in this drama as well.

The person continued, "We think there will be action scenes in this drama but nothing they will include nothing special that she has to learn. She is just weight training like she usually does. Her action performance will just feature the basics. There are no wire action scenes and but she could do them if required".

Ha Ji-won had previously done wire-based action sequences in the MBC drama "Damo". This time she is reuniting with producer Lee Jae-gyoo in "The King 2 Hearts".

"The King 2 Hearts" is about an arranged marriage between a South Korean prince and a North Korean sergeant under a fictional constitutional monarchy and will be broadcast after the current drama "The Sun and the Moon".

Meanwhile, Ha Ji-won will be visiting Japan next month for "Secret Garden" promotional events. This drama will air beginning in April on cable channel NHK BS Premium and Ha Ji-won and Yoon Sang-hyun will go around Japan promoting it.

""The King 2 Hearts" Ha Ji-won studies the North Korean language"
by HanCinema is licensed under a Creative Commons Attribution-Share Alike 3.0 Unported License.
Based on a work from this source