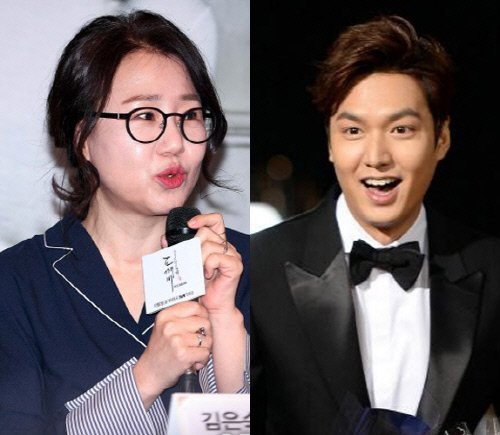 Hwa and Dam Pictures officially announced Lee Min-ho's casting for Kim Eun-sook's latest, "The King: Eternal Monarch". The drama, which aims for a release in 2020, is a fantasy romance helmed by PD Baek Sang-hoon ("Moonlight Drawn by Clouds", "Descendants of the Sun").

"The King: Eternal Monarch" is in the center of attention mostly because it's Lee Min-ho's comeback.

This is the second time Kim Eun-sook ("Mr. Sunshine", "Goblin") and Lee Min-ho ("The Legend of the Blue Sea", "Gangnam Blues") are working together since "The Heirs".

"The King: Eternal Monarch" is a fantasy romance drama in which a deity has unleashed a demon unto the world of humans, and that demon has opened the door to a parallel world. It deals with the subject of parallel worlds, which has rarely been covered in dramas.

Yoon Ha-rim from Hwa and Dam Pictures said, "Minor decisions are still being made, but for the quality and completion of the drama we plan on filming from later this year".

""The King: Eternal Monarch" Writer Kim Eun-sook Reunites With Lee Min-ho "
by HanCinema is licensed under a Creative Commons Attribution-Share Alike 3.0 Unported License.
Based on a work from this source