The King of High School Manners 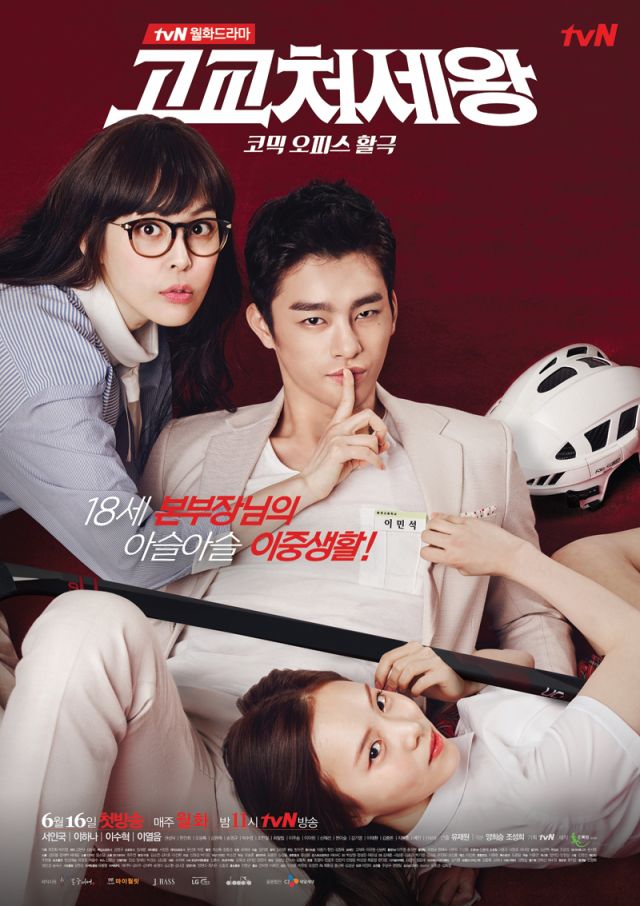 Seo In-guk is a very hot actor in Korea these days. His breakout performance was in "Answer Me 1997" and his fans have been waiting patiently for him to nab another drama lead role ever since. Luckily, the wait is over.

"The King of High School Manners" (aka High School King of Savvy, King High School of Life Conduct) is the story of Lee Min-seok, your average high school athlete who prefers to play hockey over keeping up with his academics. He is very popular among the female students at his school due to his status as the star hockey player. He's the complete opposite of his older brother, Lee Hyung-suk, who moved to Germany 8 years ago to pursue his studies and create a very successful life for himself - at the cost of abandoning Min-seok alone in Korea.

Now, eight years later Hyeong-seok is returning to Korea to take a top position in Comfo Inc. Min-seok is both looking forward to and dreading his brother's return. However, on the night of his return to the country Hyeong-seok doesn't return and instead completely disappears. His Comfo Inc. boss is left to freak out and Min-seok himself is angry at his older brother letting him down again - until in the middle of the night his brother calls and begs him to take his position at Comfo for 2 months. His brother sounds desperate and refuses to admit why he has disappeared.

Luckily, both brothers look similar enough to pull off the stunt. The only problem? Lee Hyeon-seok is a business genius and Min-seok is a high school athlete. However, family loyalty wins out and Min-seok begins his brother's job at Comfo Inc. - unknowingly throwing himself into an office brimming with politics that he must learn to navigate.

Seo In-guk's acting is top notch and he effortlessly switches between a bratty high schooler and a fake business exec. He's also hilarious is his bumbling efforts to imitate his brother's business knowledge and interact with the company CEO.

All of the other characters also come together to make this drama not only fun but also addicting. Lee Ha-na plays a hapless Comfo employee, Jeong Soo-yeong, who fails at finding love and accidentally confesses to another Comfo director Yoo Jin-woo (played by Lee Soo-hyuk). Soo-yeong's younger sister is Jeong Yoo-ah (Lee Yeol-eum), Min-seok's classmate and unofficial wife. Lastly, Song Young-kyu plays Nam Sang-goo, who is charged with keeping Min-seok in check for the long two months ahead. The fact that he has mild panic attacks every five minutes only add to his comic appeal. Even Min-seok's hockey teammates and their goofy antics keep viewers entertained.

The premise might seem overly cliche, but the characters make this series refreshing. After two episodes, I am definitely hooked and there are many questions the series still has to address: Where is Lee Hyung-suk? What are the love lines? Will Jung Soo-yeong get a make-over?

Episodes 3 and 4 air this Monday and Tuesday and you can catch them exclusively on KDrama.com! "The King of High School Manners"
by HanCinema is licensed under a Creative Commons Attribution-Share Alike 3.0 Unported License.
Based on a work from this source