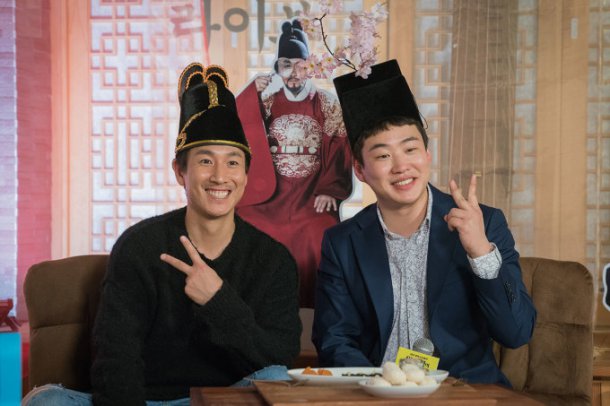 They were at the premiere of the movie "The King's Case Note" and said a few words.

Lee Sun-kyun recalled filming the movie with Ahn Jae-hong and said, "I laughed every time I saw his face. So we made a lot of NG's. We both weren't familiar with period movies".

He continued, "I once said something to him and he replied only after 7 seconds. I asked him why and he said he was so nervous. After that our expressions and funniness came out naturally. Ahn Jae-hong is so funny so we made a lot of mistakes but we got close thanks to that".

Ahn Jae-hong said, "I can say the same. He's so good looking but he's very funny too. I like his kind of comedy and he's funnier than I thought".

Meanwhile, "The King's Case Note" is a comedy investigations movie about finding out the truth to a strange rumor that shook up Hanyang. The movie comes out on the 26th.

""The King's Case Note" Lee Sun-kyun, "Looking at Ahn Jae-hong's face makes me laugh""
by HanCinema is licensed under a Creative Commons Attribution-Share Alike 3.0 Unported License.
Based on a work from this source