"The King's Face" Jo Yoon-hee, will she continue the myth? 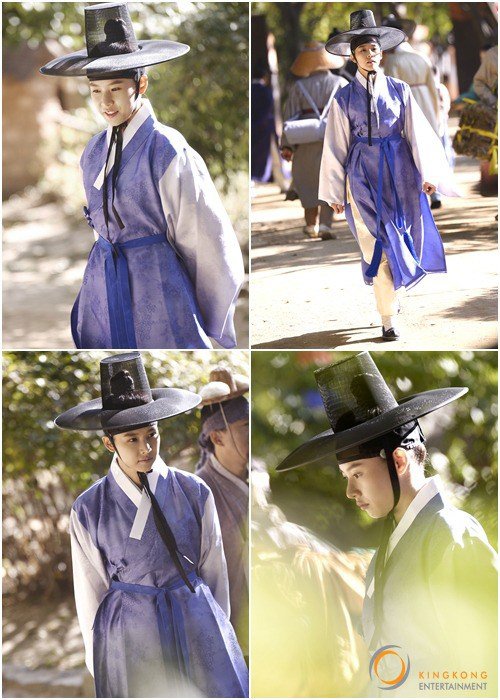 Jo Yoon-hee is starring in the KBS 2TV drama "The King's Face" which is being broadcasted for the first time on the 19th.

Jo Yoon-hee takes on the role of Kim Ga-hee, a woman who developed her own destiny and lives a 21-century life in the Joseon times.

She disguises into various characters and one of them is a man. She approaches the nation as an elegant maid and a bright looking boy. There has been appearances of a woman disguised as a man in "Empress ki" and "The Joseon Shooter" but not as manly as Jo Yoon-hee.

There's also action involved. Jo Yoon-hee is going to show off her bow and arrow and martial arts skills. Romance is another factor in the drama and she'll be torn between Gwang Hae (Seo In-guk) and Seon Jo (Lee Sung-jae).

Jo Yoon-hee's agency King Kong Entertainment said, "She worked hard to master everything and you can expect her to turn out really different this time".

Meanwhile, "The King's Face" is the story of Gwang Hae who was born the son of a concubine but manages to rise to the throne and fight with his father Yeong Jo over a woman.

""The King's Face" Jo Yoon-hee, will she continue the myth?"
by HanCinema is licensed under a Creative Commons Attribution-Share Alike 3.0 Unported License.
Based on a work from this source