"The Last Empress" Under Restrictions for Youth Due to Violence 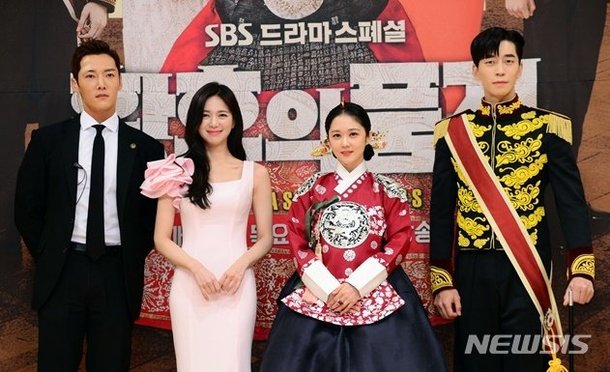 SBS TV drama "The Last Empress" will be receiving some restrictions due to violence, disregarding human life, and animal abuse during its broadcast.

The Broadcasting Review Subcommittee of the Korea Communications Standards Commission held a meeting on the 11th and decided to vote on the three cases involved and submit them to the committee.

At the end of January on "The Last Empress", there was a scene involving burn torture, and on the 9th of January, fire was set to an accessory hung onto the tail of a parrot; both of these episodes were given viewer discresion warnings as they were re-run during Youth Watch Protection Times. On the 20th of February, there was a scene which portrayed the rape of a pregnant woman, which led to a committee discussion about the warning to be applied to the episode.

The Broadcasting Review Subcommittee said, "Scenes that suggest direct portrayal of violence, cruelty to animals, and sexual violence against pregnant women need to be monitored as they can adversely affect viewers' sentiments, including teenagers".

tvN and XtvN TV show "Seoul Mate 2", indirectly advertised a product in a manner that was beyond the scope of the advertising law. Super Action's movie program "Eraser" broadcasted a smoking scene during Youth Watch Protection Time, which resulted in a warning and a submission to the committee.

Tooniverse's "Common Siblings", in which a face was wrapped with clear tape to make the face look funny, was given administrative warning as it was broadcast during Youth Protection time.

""The Last Empress" Under Restrictions for Youth Due to Violence"
by HanCinema is licensed under a Creative Commons Attribution-Share Alike 3.0 Unported License.
Based on a work from this source