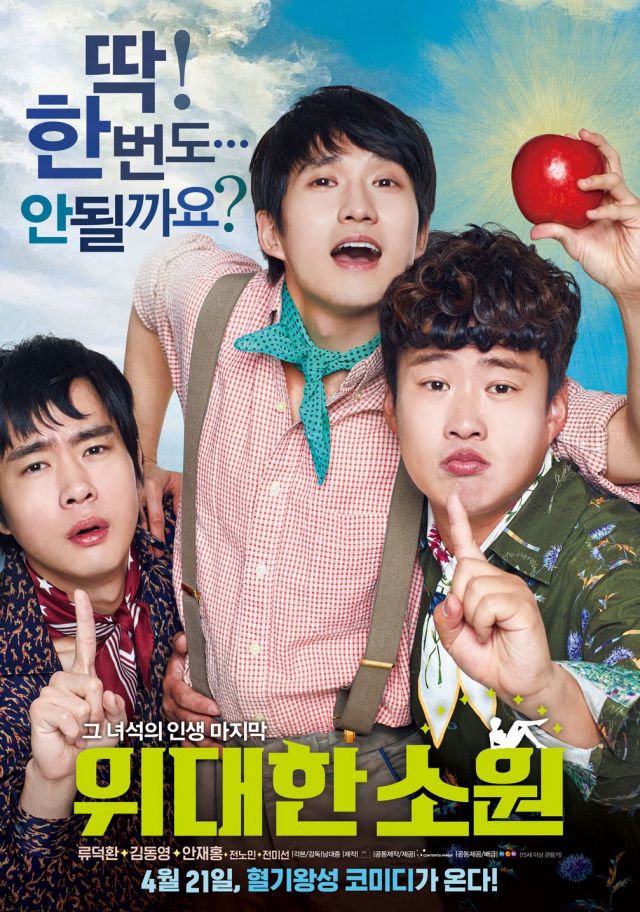 Synopsis: Go-hwan notices that his parents and his friends are acting strangely around him. His friends Nam-jun and Gap-deok have started treating him ever so nicely and his moody father has announced that he will push Go-hwan in a wheelchair in a marathon. Although he is thankful, Go-hwan can't help but think that he is soon going to die as he has been suffering from Lou Gehrig's disease. He soon learns that this is the truth and when his best friends ask him what his wish is, Go-hwan tells them that he wants to have sex for the first and last time in his life.

"The Last Ride (2016)"
by HanCinema is licensed under a Creative Commons Attribution-Share Alike 3.0 Unported License.
Based on a work from this source