The late Jang Ja-yeon's letter, NISI results to be announced on 14th 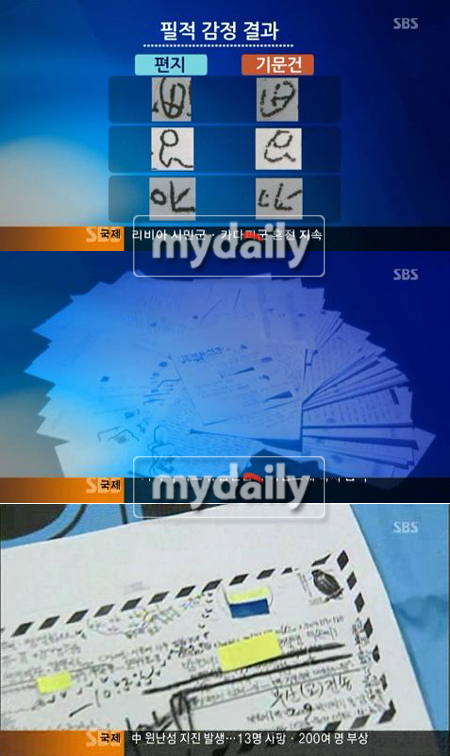 It looks like the result of the final handwriting analysis will be out on the 14th.

The Kyeonggi Bundang police department revealed, "The handwriting analysis by the National Institute of Scientific Investigation (NISI) usually takes about 2 weeks but this case was requested urgent so the results should be out early next week".

The police managed to secure and request for handwriting analysis on the 9th of 24 pages of letters and envelopes from the prison where Jeon, who claimed got the personally handwritten letters from Jang Ja-yeon.

The NISI is currently investigating if or not Jang Ja-yeon really wrote the letter through the curves and lines in the 24 pages of letters.

"The late Jang Ja-yeon's letter, NISI results to be announced on 14th"
by HanCinema is licensed under a Creative Commons Attribution-Share Alike 3.0 Unported License.
Based on a work from this source