"The Legendary Witch" preview: final scene at a wedding...but whose? 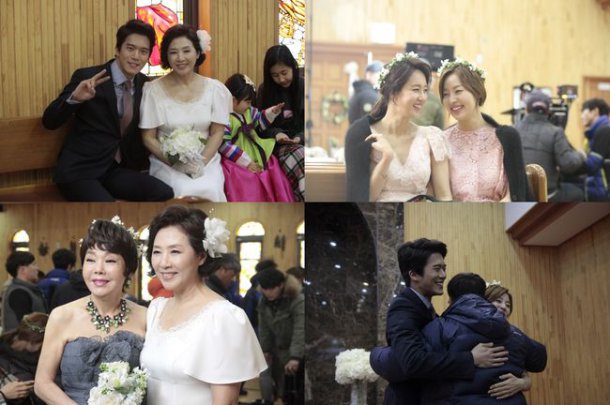 The final stills of "Legendary Witch" have been released.

In the picture, Han Ji-hye and Oh Hyun-kyung have half their cardigans on their shoulder and are smiling brightly while talking. They look like sisters. Go Doo-shim and Kim Soo-mi also look friendly. Ha Seok-jin and Han Ji-hye, the unfortunate lovers, also look quite close here.

Go Doo-shim, Kim Soo-mi, Oh Hyun-kyung and Ha Yeon-soo are wearing dresses while the men are dressed in suits. The little ones are wearing Hanboks as if they were all at a wedding but whose?

The stills are highlights from the final episode of the drama. Despite the load of work, the cast and the crew took souvenir pictures during breaks and made sure to leave memories of this long journey. Some even hugged and said their 'goodbyes'.

"The Legendary Witch" ends on the 8th and is followed by "The Queen's Flower".

""The Legendary Witch" preview: final scene at a wedding...but whose?"
by HanCinema is licensed under a Creative Commons Attribution-Share Alike 3.0 Unported License.
Based on a work from this source