"The Man From Nowhere" tops local box office once again 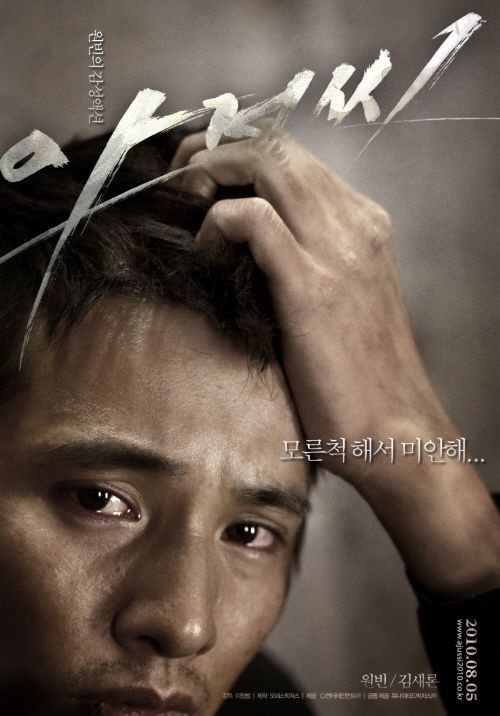 Korean action film "The Man From Nowhere" maintained its title as the most-watched movie in the country during the weekend of August 13 to 15, scoring its second win on the local box office.

According to the Korean Box Office System (KOBIS) on Monday, "Man", which opened in theaters in early August, attracted more moviegoers this weekend than the previous three-day period, selling 759,095 tickets which is an increase by 56,464 viewers.

Meanwhile, new Korean thriller "I Saw the Devil", starring Hallyu star Lee Byung-hun and Choi Min-sik, entered the movie charts at No. 2 with 518,142 admissions, while Leonardo DiCaprio starrer "Inception" slipped a notch from last week to third place with 434,600 viewers.

Pixar's animated film "Toy Story 3" held onto the No. 4 spot on the chart with 290,434 tickets sold and Hollywood action pic "Salt" dropped two spots to fifth with 239,719 admissions.

""The Man From Nowhere" tops local box office once again"
by HanCinema is licensed under a Creative Commons Attribution-Share Alike 3.0 Unported License.
Based on a work from this source