"The Night Watchman", the next "Sungkyunkwan Scandal" 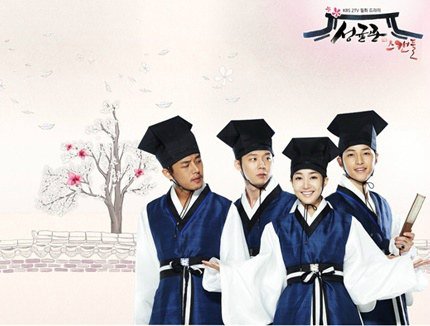 "The Night Watchman" is the Korean version of "The Ghost Busters" based in the Joseon Times about night watchers going around the streets during curfew hours and catching ghosts. The four youth watchers learn about love and friendship while they struggle to protect the streets of the Joseon.

This drama is written by Yoo Dong-yoon from "King and I" and produced by Lee Joo-hwan from "Lights and Shadows", creating a fantastic base for the drama already.

Now the question is, who is starring in this already well-made drama? Doha, In-oh, Moo-jin and Cheol-joo bring about romance and friendship within the drama. The rest of the cast hasn't been decided yet but many actors and actresses are being auditioned, including rookies and top stars.

Fans have already been making up their own casts and posting them on fan pages and online communities. The highlight of course, is the one actress that will be amongst the four. Actresses like Lee Yeon-hee, Go Ara, Park Bo-young and others have been mentioned but it's also likely a rookie will take the place.

"The Night Watchman" is a youth historical which has been getting the halo effect of "Sungkyunkwan Scandal". However, if the four characters don't support the drama, there will be little hope.

""The Night Watchman", the next "Sungkyunkwan Scandal""
by HanCinema is licensed under a Creative Commons Attribution-Share Alike 3.0 Unported License.
Based on a work from this source