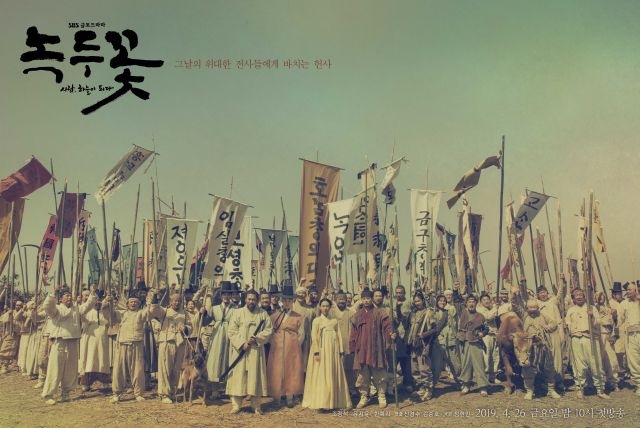 Jeong Hyeon-min, author of the special SBS drama "The Nokdu Flower", which commemorates the 100th anniversary of the March 1st Movement and the establishment of the provisional government of Korea, won the award in the drama category of the Korean Broadcasting Writers' Awards.

"The Nokdu Flower", which gave Jeong Hyeon-min the honor of winning the prize, is the first historical drama to deal directly with the Donghak Peasant Revolution and a tribute to the era from the perspective of the history of popular resistance. The story of the half-brothers, who split into revolutionary forces and point guns at each other, drew positive reviews as a "luxury historical drama" by portraying the life of love and ambition written by people with strong personalities. In addition, the author's sincerity in throwing a question into our society through history was highly praised for his heavy determination without any technique or device.

Like the line from the final episode, "During that fierce year, the great people ran towards the world in which everyone is equal. History calls them unknown warriors, but we know their names. The nokdu flowers, we're here thanks to them", the drama was all the more complicated because it contains the loud cries, aspirations, and hot resistance of the grass-roots who protected the land 125 years ago. The drama continues to be talked about by viewers and netizens.

""The Nokdu Flower" Writer Jeong Hyeon-min Wins Korean Broadcasting Writers' Awards in the Drama Category"
by HanCinema is licensed under a Creative Commons Attribution-Share Alike 3.0 Unported License.
Based on a work from this source