The Origin of Giving on Lunar New Year 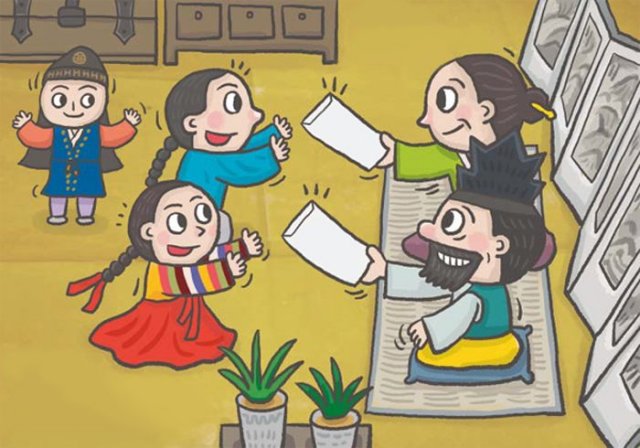 Seollal or the Lunar New Year is one the two big traditional holidays here along with Chuseok or Korean Thanksgiving.

On the day, families get together to pay their respects to their ancestors, and children bow deeply with clasped hands to their parents. The parents in return give them some pocket money and good wishes.

The custom of giving the money is said to have originated in China. Since the 11th century, Chinese people have given a red envelope stuffed with cash to their unmarried children for the Lunar New Year to ward off misfortune.

According to an ancient record, the custom was also observed in Japan in the 17th century. In Korea, until the late Chosun period, snacks or auspicious words were offered instead. If money was given, the giver wrote on the envelope what it was to be used for, such as books or brushes.

The traditional bows are generally performed after the ancestral memorial rite in the morning of the Lunar New Year's Day. Children are taught the correct way to bow, and wish for health and fortune.

After performing their bows, they sit down for a while and politely listen to words of wisdom from their parents. Parents, in turn, should give each child his or her own individual blessing rather than an empty formula.

"The Origin of Giving on Lunar New Year"
by HanCinema is licensed under a Creative Commons Attribution-Share Alike 3.0 Unported License.
Based on a work from this source