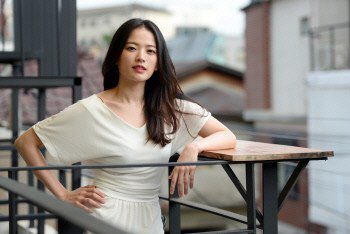 Cheon Wo-hee was nominated for 13 awards last year with Han Gong-ju. She's coming back this year with the movie "The Piper".

She's always been a 'strong' character. She played a glue addicted girl who waved around broken bottles in high condition in "Sunny". She then played a bold woman named Mi-jin in the movie "Cart".

Chun Woo-hee said, "Many people remember me by my character name and not my real name. Ryu Seung-ryong from "The Piper" said, "Woo-hee, I don't know if your name is Han Woo-hee or Princess Cheon"". It might be disappointing that people don't remember her real name but she said she's lucky. Being remembered by her character name meant she did a good job.

She claims she's not a beauty but she's happy with the way she looks. She said she recalls Lee Sung-min saying something about her face and said, "You look like you could be Ryu Seung-ryong's wife or his daughter. You are lucky to be an actress". "I was so happy to hear that" she says. She looks young but mnature at the same time. 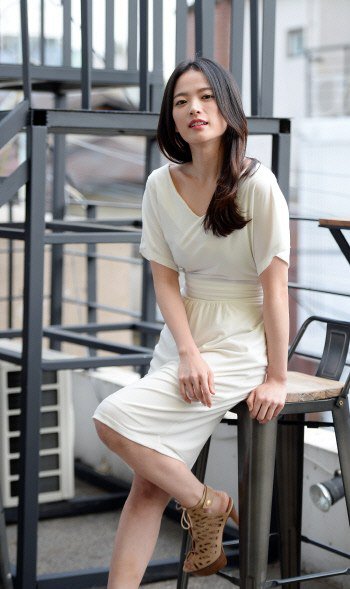 Her reason for choosing "The Piper" was clear. "I was impressed with the fact that a foreign fairytale was re-written in the Korean version. The rats didn't gross me out and I think that's a very important factor in the movie".

Her performance in the movie is outstanding. "There's a big turning point in the movie and I worried about it because many had high hopes and asked what I was going to do about that part. However, it turned out to be alright".

She feels pressure at the fact that people remember her as Chun Woo-hee who took home the Best Actress award but she knows what she's thinking. "I think it's only the beginning. I didn't do much yet. Some might think I'm a fool for choosing such a small role after "Han Gong-ju" but I chose "The Piper" because of the overall feeling".

She's young looking and has endurance. She said, "My roles so far always had to put down by someone. However, I don't weaken because of that. I tell my management to trust me". Chun Woo-hee is expected to come back with various more after "The Piper".

""The Piper" Chun Woo-hee, "I'm lucky""
by HanCinema is licensed under a Creative Commons Attribution-Share Alike 3.0 Unported License.
Based on a work from this source