"The Prime Minister and I" drops in percentage 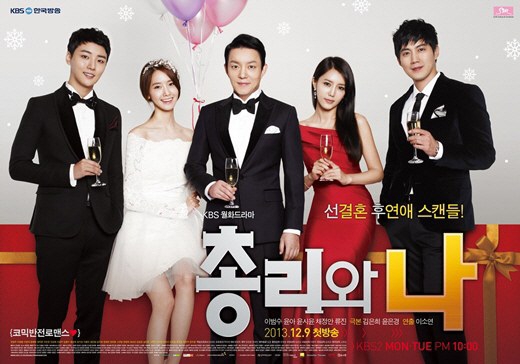 The new KBS 2TV drama "The Prime Minister and I" dropped in percentage.

According to Nielson Korea, the second episode of "The Prime Minister and I" rated 5.4% which is 0.5% lower than the previous night.

Nam Da-jeong (Yoona) romanced with Kwon Yool (Lee Beom-soo) in her head where they were together and broken up and even kissing under a lamppost on a rainy day.

Da-jeong returned to reality but didn't stop dreaming about dating him.

""The Prime Minister and I" drops in percentage "
by HanCinema is licensed under a Creative Commons Attribution-Share Alike 3.0 Unported License.
Based on a work from this source