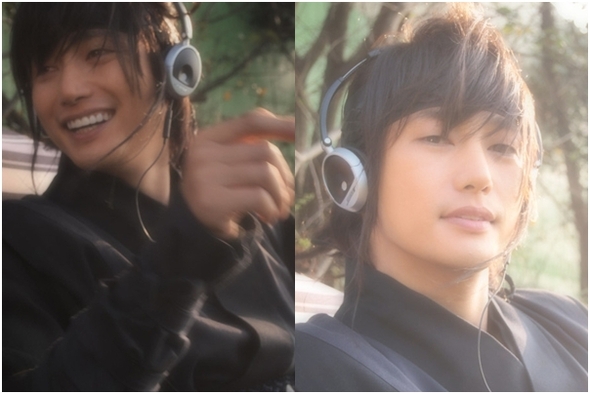 Actor Park Si-hoo released a big amount of pictures from the drama set.

He posted several pictures on his Twitter on the 5th of September, saying "Feeling the scent of fall".

In the picture Park Si-hoo is wearing a pair of headphones while looking into the camera, shooting a gun with the hand or reading a book. He must've been using his free time on set of the current KBS 2TV "The Princess' Man"

Netizen's compliment the photo shoot-like pictures and say, "A work of art", "Scent of fall is here", "You look so great", "Seung-yoo with headphones", "It's good to see you smiling so widely even though your character is full of gloom", "Who told you to have a photo shoot during your time out?", "How do you look like that even when you're tired?", "You have fine lines" and more.

Meanwhile, Park Si-hoo is in the current drama "The Princess' Man". According to AGB Nielson Media Research, the episode on the 1st rated 21.8% and in the lead of dramas on the same time schedule.

""The Princess' Man" mass released Park Si-hoo's pictures"
by HanCinema is licensed under a Creative Commons Attribution-Share Alike 3.0 Unported License.
Based on a work from this source