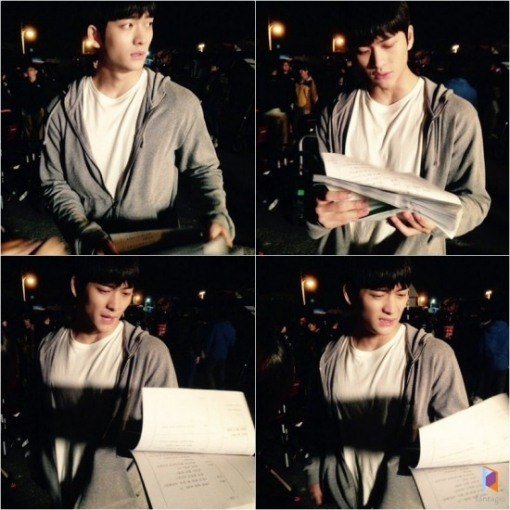 The new MBC weekend drama "The Queen's Flower" actor Kang Tae-oh is working hard to fit into his new character.

Kang takes on the role of Heo Dong-gu, Kang I-sol's (Lee Sung-kyung) friend who has a crush on her too. Heo Dong-gu is a deep-thinking character who does all sorts of jobs to make up for his father Seo Sam-sik's (Jo Hyung-ki) debt and has only eyes for Kang I-sol.

Kang Tae-oh debuted in 2013 with the drama-toon "See You After School - Drama" and starred in the KBS TV show "Dream Team Season 2". Recently he starred in a Korea-Vietnam collaborated drama "Forever Young" as Joon-soo. His actor group Surprise released their first single "5urprise 1st Single – From My Heart" and toured 6 Asian countries during which they gathered the most fans in Thailand.

Meanwhile, the new drama will be broadcasted on the 14th of March at 10PM.

""The Queen's Flower" Kang Tae-oh analyzes his character"
by HanCinema is licensed under a Creative Commons Attribution-Share Alike 3.0 Unported License.
Based on a work from this source