The Reality of Jobs in Dramas - Medical Detectives, Advisors and Human Rights Investigators

"I wish our children's world isn't lawless. That's why I will fight".

This line by Joong-eun (Park Jin-hee) when she hears about the death of Ha-rang (Kwak Dong-yeon) in the first episode of the SBS drama "Doctor Detective" really touched the hearts of many viewers. It reminded everyone of the 'screen door accident' that occurred in Guui Station in Seoul in 2016. "Doctor Detective" is a drama that sheds light on the reality of the labor scene dotted with money, with a doctor specializing in occupational environmental medicine (doctor detective) as the main character, who explores the cause of industrial diseases while traveling through industrial sites. It deals with the world of doctors outside the hospital, which is unfamiliar to the public.

Occupations in dramas reflect on the reality of today's society. Instead of soap operas and time slip dramas, there are more dramas that reflect the situation of the times. While previous dramas dealing with social reality were based on ideology, these days, dramas shed light on the inner clarity of society through careers. "Doctor Detective", which started airing in July, OCN's "The Running Mates: Human Rights", which begins in September, jTBC's "Chief of Staff", which ended its first season in July and is releasing the next season in November, and MBC's "Special Labor Inspector, Mr. Jo" are some exemplary dramas.

They all feature jobs such as an aide to the president, an inspector of the National Human Rights Commission and a special labor supervisor, that depict the social position and interests a character undergoes. As the career of the main characters in dramas dealing with social issues is different from that of prosecutors, politicians, doctors, police, and chaebols, it has been successful in breaking away from the 'typical' and the 'usual' stereotypes. Analysis says that attempts to bring about indirect experience, real-life awakening, and deep movement can be detected throughout the broadcasting industry.

"Doctor Detective" is based on the motif of Im Hyun-sol, a professional physician in occupational environmental medicine. He served as a medical detective in the Wonjin Rayon Incident, which helped make society's first occupational disease a social problem. "Doctor Detective" enhanced its sense of immersion by organizing episodes based on true stories such as the screen door accident at Guui Station.

In the drama, Ha-rang was a subcontractor employee who cleaned and inspected subway screen doors, dreaming of becoming a regular employee at the company, while his body malfunctioned for a long time due to exposure to harmful substances. He one day lost his footing while working and crashed into the subway tracks, but he returned to work without medical inspections in fear that he'd lose the chance to become a full-time employee. However, he went ahead with his work without safety regulations and ended up dying in a railroad crash. Joong-eun, who helped cover up the industrial disaster with money, decided to become a professional environmental specialist for the workers since then.

University student Han Jin-hee (25) had said, "I am outraged every time I see episodes reminding us of the Guui Station accident and Samsung industrial diseases. It would have been obvious if human rights activists, large companies and workers appeared as the main characters, but it seems to be more realistic, as it contains the scenes from a third party's point of view as professional and environmental medical experts".

- The real jobs and reality depicted by unrealistic characters... The power of press

Analysis says that dealing with the matter of authority through an occupation called 'the president's aide', which is unfamiliar to the public, and not as a lawmaker, president or minister is something new. The average number of plays per episode of "Chief of Staff" broadcast clips was 790,000 and a total of 7.88 million, the best among recent political dramas that appeared on the small screen.

"Special Labor Inspector, Mr. Jo" covered the story of a labor supervisor at the Ministry of Employment and Labor for the first time in drama history. On top of that, the Federation of Korean Trade Unions stepped up its practicality by providing support for production. "Special Labor Inspector, Mr. Jo" began with 4% in viewing rate but ended with 8.7%. "The Running Mates: Human Rights" will deal with the life and human rights issues of investigators at the National Human Rights Commission of Korea.

An office worker called Sin Sun-young (28) had said, "It's fun knowing about occupations we didn't know about. The social problems drawn by politicians, legal professionals and chaebols are obvious, but with the emergence of various professions such as admissions officers, aides and investigators, labor, education, and policy realities seem to be well-highlighted. It's more immersive because the job doesn't just appear in the background, but the dramas describe the world of the job in detail". The jTBC drama "SKY Castle" put forth entrance examination coordinator Kim Joo-yeong (Kim Seo-hyung) and dealt with the reality of private education in Korea's upper-class families. The scene where Kim Joo-yeong leaked exam papers for her student Kang Ye-seo (Kim Hye-yoon), was shocking. This prompted the so-called "Sky Castle Act" in March, which says "Criminal leakage of test papers from middle and high schools will be sentenced to up to 10 years in prison".

"It is the psychology of indirectly feeling comfort in lack of reality by seeing the main characters solve social problems that we all face in an "unapproachable" and "more convincing" manner. In order to satisfy the fantasy of vicarious satisfaction given by the drama, it is inevitable to diversify and refine the social position of the main characters who will solve matters in order to satisfy the public in a more realistic way", analyzed Jung Deok-hyun, a pop culture critic. He added, "They are unrealistic characters, but the background and problems that they depict must be in touch with reality. The writer's ability to cover the needs of the public will become more important in the future". 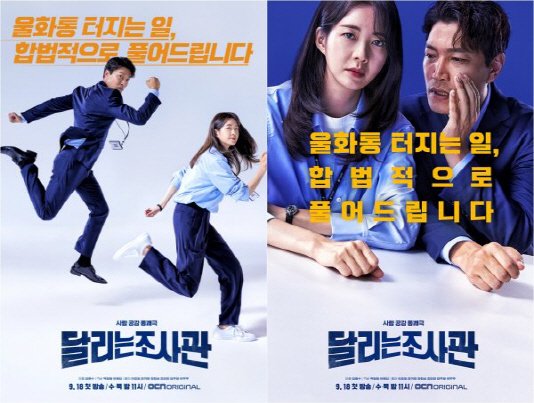 "The Reality of Jobs in Dramas - Medical Detectives, Advisors and Human Rights Investigators"
by HanCinema is licensed under a Creative Commons Attribution-Share Alike 3.0 Unported License.
Based on a work from this source