The return of Lee Seung-gi VS The departure of TOP 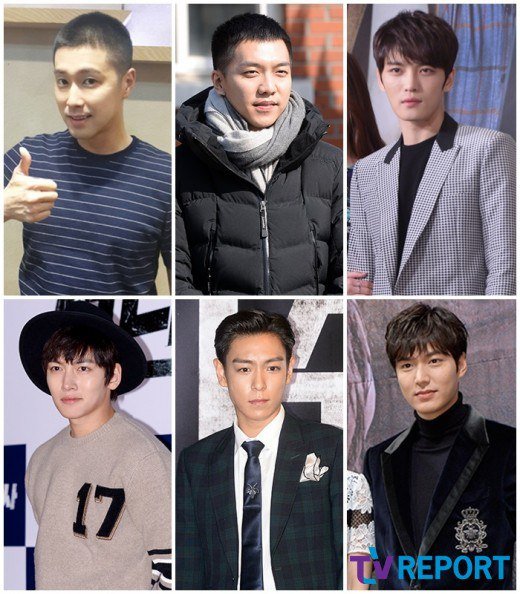 Don't be sad that Ji Chang-wook and Choi Seung-hyun (TOP) are leaving. Lee Seung-gi and Yunho are coming back.

There will be a lot of male celebrities going off to serve their countries in 2017. Those born in 1986 and 1987 are all lined up for duty, which include singers and actors.

Male celebrities can't avoid this National Duty. Those born in 1987 especially can't postpone it any longer and some of them have their dates set already. TOP (Choi Seung-hyun) from Big Bang and Kim Jun-soo from JYJ are joining the Seoul District Police Department. They will join the training camp on the 9th of February.

Kyuhyun from Super Junior is also going next year. He's mentioned it on "Radio Star". "Blah Blah", his current single is the last solo performance he will make before going off on duty.

Others who have yet to give their services to their country are Yoo Ah-in (1986), Lee Min-ho, Jang Keun-suk, Ji Chang-wook, Seo In-guk, Joo Won, Jung Il-woo and Ok Taecyeon (1987). They haven't made anything official yet, but it looks like they'll be leaving soon.

There are stars that are coming back though. Super Junior Shindong (Shindong) is coming back this December. Sungmin from Super Junior and Kim Jae-joong from JYJ are also out around that time. Kim Hyun-joong in February next year and Yunho from TVXQ are done in April. Lee Seung-gi is done in October.

There are various meanings in serving National Duty for one's country. Leaving showbiz behind means some sort of disappointment for the agencies and fans, although when they return, they're more mature and manly which is a plus for their future activities.

"The return of Lee Seung-gi VS The departure of TOP"
by HanCinema is licensed under a Creative Commons Attribution-Share Alike 3.0 Unported License.
Based on a work from this source