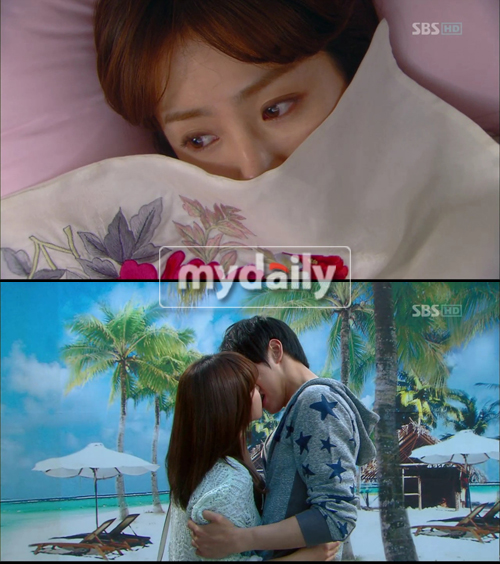 SBS drama "The Rooftop Prince" is about to bring the mystery of the Chosun era into the second half of the drama.

Currently at the turning point, "The Rooftop Prince" is about to unravel a mystery based in the Chosun times. The prince Lee Gak (Micky Yoochun) felt like he had seen Park Ha (Han Ji-min) somewhere before seeing her half hidden face.

Producer Ahn Gil-ho conveyed, "The drama has two sides, romance and mystery. If it was all about romance until now, the drama will soon start again as a mystery. Viewers will be hypnotized as each mystery in revealed".

Meanwhile, Lee Gak kissed Park Ha with passion in the previous episode on the 26th. The romance between the two after all the push and pulls, seems to be heading for a start.

""The Rooftop Prince" mystery around Han Ji-min"
by HanCinema is licensed under a Creative Commons Attribution-Share Alike 3.0 Unported License.
Based on a work from this source