The Secret to a Successful Webtoon Drama, "100% Synchronization" 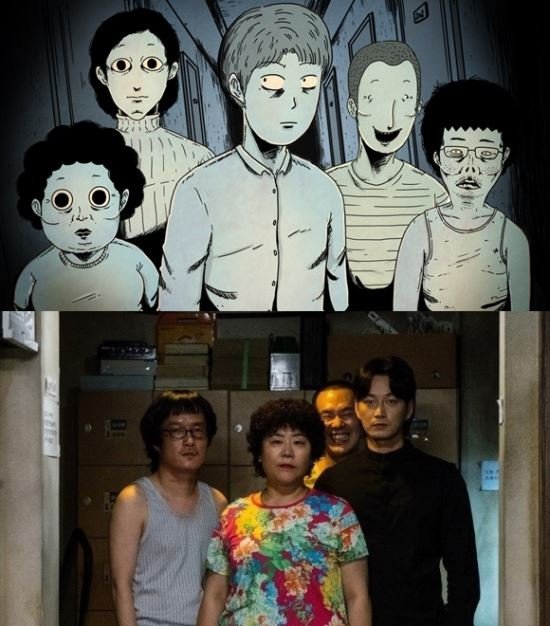 When news of a webtoon adaptation comes up, there are those who conduct an imaginary casting of stars who are exactly like the characters from the webtoons. This culture is so popular that portal sites are full of related postings, and this kind of 'imaginary casting' leads to actual casting.

OCN's "Strangers from Hell", coming on the 31st, is one example. It's a thriller by writer Kim Yong-ki about the lead character, Yoon Jong-woo, moving to Seoul only to live in a run-down gosiwon where creepy events happen. With its intense level of immersion, this webtoon has always been in the top rankings of Naver webtoons.

The webtoon has a touch of gore with the large round eyes of the characters, the creepy expressions, and black and white pictures. The netizens picked Im Si-wan as Yoon Jong-woo, Lee Jung-eun as the gosiwon owner, Eom Bok-soon, and Lee Hyun-wook-I as Yoo Gi-hyeok in Room 302, and they all came true. 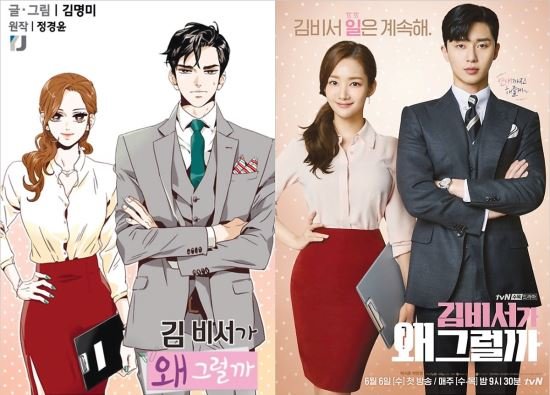 The production kept synchronization in mind when they made up the cast for the drama. They said, "Im Si-wan was first on our list. We knew he'd be a great Yoon Jong-woo, because of the conflicting charm. Lee Jung-eun is also a great fit to her role, and Lee Hyun-wook-I looks so much like his character in the webtoon".

"Itaewon Class", which is coming later this year, is also in a similar context. The DAUM webtoon talks about youths who live in his unfair world. In particular, Park Sae-roy, the main character who has neither money nor power, opens a pocha in Itaewon and paves his way to success. Park Seo-joon, who was mentioned for this role along with Yoo Ah-in, was cast. They say his eyes look a lot like the main character in the webtoon. 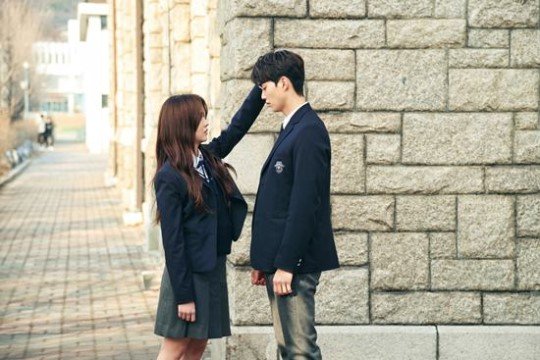 The use of stars in images similar to the original has become an essential factor in bringing the popularity and immersion of the original into the drama. For example, "Cheese in the Trap" (tvN, 2016) was pointed out for its miscast of Kim Go-eun, despite her excellent performance. They said Kim Go-eun's image clashed with the image of Hong Seol. "The cast of celebrities who feel similar to the original has the effect of bringing hardcore fans of that original into the audience", said Gong Hee-jung, a drama critic.

The romance "Love Alarm" will also be released through Netflix on August 22nd. Kim So-hyun, Jung Ga-ram and Song Kang will come together for the work of cartoonist Cheon Gye-young.

"It is important to adjust not only the characters', but also the story's compatibility", Gong said. "The video should be more specific than the cartoon. There is only a chance of success when one fills in the narrative that the pictures omit, paying attention to the image implementation", she said.

"The Secret to a Successful Webtoon Drama, "100% Synchronization""
by HanCinema is licensed under a Creative Commons Attribution-Share Alike 3.0 Unported License.
Based on a work from this source