"The Sun and The Moon" 10 billion won just in advertisements 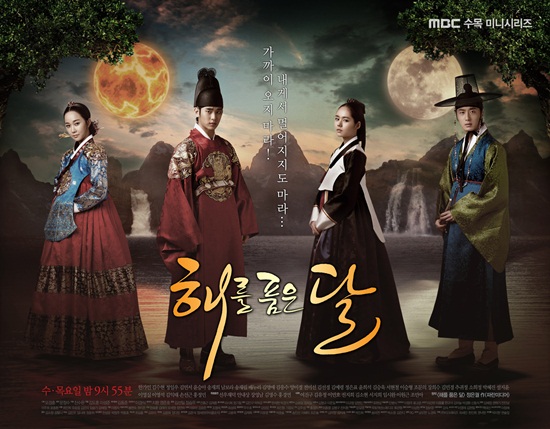 "The Sun and the Moon" is setting a record.

The MBC drama "The Sun and the Moon" has reached 30% in just eight episodes and it seems like the advertisement profits should reach an outstanding amount as well.

An MBC spokesperson recently told News N, ""The Sun and the Moon" has sold out in advertisements. It looks like it will continue that way until the final twentieth episode".

The drama has sold out from actual broadcast to re-runs and is running the high peak of popularity.

Meanwhile, on the eighth episode of the drama "The Sun and the Moon", Lee Hwon (Kim Soo-hyeon) recognized who Yeon-woo (Han Ga-in) was.

""The Sun and The Moon" 10 billion won just in advertisements"
by HanCinema is licensed under a Creative Commons Attribution-Share Alike 3.0 Unported License.
Based on a work from this source