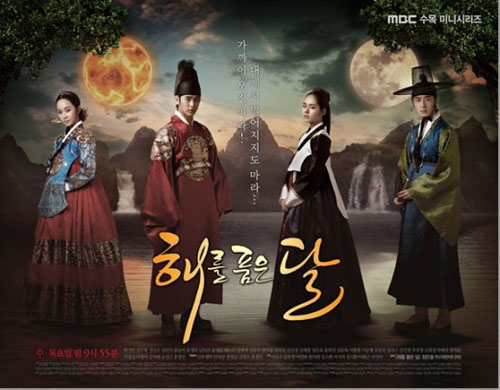 MBC drama "The Sun and the Moon" has taken control in just two episodes.

According to AGB Nielsen Media Research on January 6th, the January 5th episode of "The Sun and the Moon" rated 19.9%. This is 1.9% more than the previous episode's record of 18.8%.

Beginning on January 4th, "The Sun and the Moon" had an overwhelming victory over all late night dramas.

It's been aiming for 20% and has become the leading drama in just two episodes.

""The Sun and The Moon" almost at 20%"
by HanCinema is licensed under a Creative Commons Attribution-Share Alike 3.0 Unported License.
Based on a work from this source