"The Sun and the Moon" breaks its ratings record again 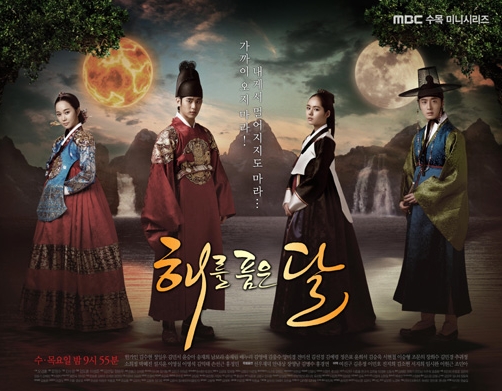 MBC drama "The Sun and the Moon" is headed right for a 40% share of viewers.

According to AGB Nielsen Media Research on February 3rd, the latest episode of "The Sun and the Moon" rated 37.1%.

This is 2.6% higher than the previous episode on February 1st and is currently its best numbers yet.

The drama put up numbers as high as 18% from the first episode, broke through 20% by the second and then 30% by the fifth. If this rate continues then it will be soon enough that the drama breaks through 40%.

The last drama that recorded a national viewing percentage of over 40% was the 2010 KBS 2TV drama "Bread, Love and Dreams". Prior to that was MBC's "Queen Sundeok" in 2009.

On "The Sun and the Moon" Lee Hwon (Kim Soo-hyun) realized that Wol's (Han Ga-in) handwriting was the same as Yeon-woo's.

""The Sun and the Moon" breaks its ratings record again"
by HanCinema is licensed under a Creative Commons Attribution-Share Alike 3.0 Unported License.
Based on a work from this source