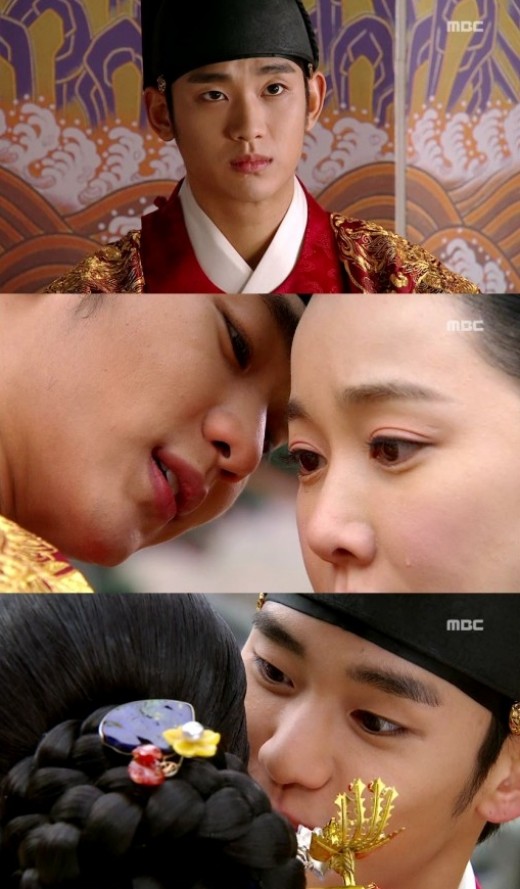 MBC TV drama "The Sun and the Moon" took in its best viewing percentage yet.

According to AGB Nielsen Media Research on January 20th, the January 19th episode of "The Sun and the Moon" rated 29.3%, which is 4.4% more than the previous episode.

On this episode, Lee Hwon (Yeo Jin-goo) became the crown prince after the death of Yeon-woo (Kim Yoo-jung). He then refused to share a room with the Queen (Kim Min-seo) and mocked her as well.

The change-over from the children cast to the adult cast also happened. At the end of the episode, Han Ga-in appeared as Yeon-woo, who lost her memory as a scholar's daughter and now lives as a female shaman.

""The Sun and The Moon" gets a 29.3% rating, leading the pack"
by HanCinema is licensed under a Creative Commons Attribution-Share Alike 3.0 Unported License.
Based on a work from this source