"The Sun and The Moon" Han Ga-in's quantity shrunk? 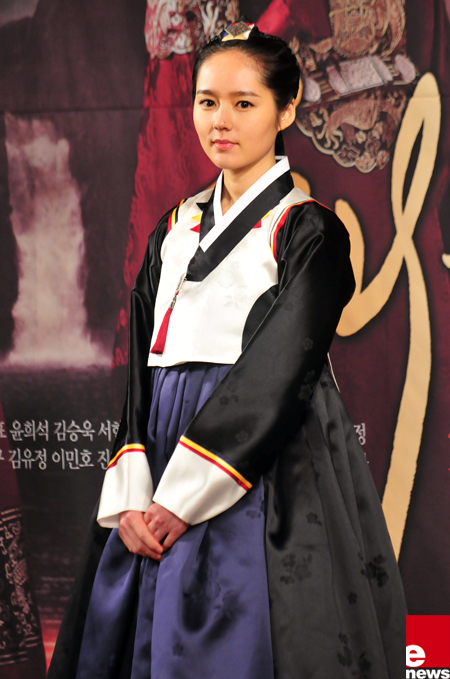 Actress Han Ga-in is going through an insistent struggle about the speculations surrounding her quantity decrease in the MBC drama "The Sun and the Moon".

Her appearance in the drama has decreased slightly recently. On the eighteenth episode of "The Sun and the Moon" aired on the 1st of March showed so little of the actress Han Ga-in that is was suspicious if she really was the main actress in the drama. Speculations that it was because of her 'performance' in the drama started coming out. To say the result, these are just excessive speculations.

A source of the drama said, "We are not moving the original right onto the screens but we are following through with how the story's supposed to be. The layout focuses more on Lee Hwon (Kim Soo-hyeon) rather than Han Ga-in at this point. It isn't true that her part shrunk because of her performance isn't true".

The eighteenth episode of the drama "The Sun and the Moon" rated 41.2% according to AGB Nielson Media Research. This is more than the 36% from the seventeenth episode and 0.1% lesser than the sixteenth.

"The Sun and the Moon" has two more episodes to go on the 7th and the 8th.

""The Sun and The Moon" Han Ga-in's quantity shrunk?"
by HanCinema is licensed under a Creative Commons Attribution-Share Alike 3.0 Unported License.
Based on a work from this source