"The Sun and the Moon" has no competition except itself 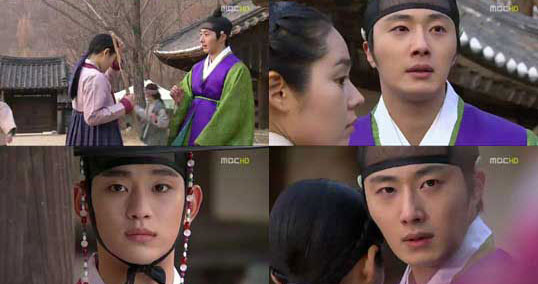 Ratings for "The Sun and the Moon" increased again.

According to AGB Nielsen Media Research on February 23rd, the February 22nd episode of MBC drama "The Sun and the Moon" took in 39.1% of viewers.

This is 1.5% higher than the previous episode and the show is now looking forward to breaking through the 40% barrier.

Yang Myeong-gun (Jung Il-woo) stood against Lee Hwon (Kim Soo-hyun) and firmly told him that he would stand by Wol's side.

""The Sun and the Moon" has no competition except itself"
by HanCinema is licensed under a Creative Commons Attribution-Share Alike 3.0 Unported License.
Based on a work from this source