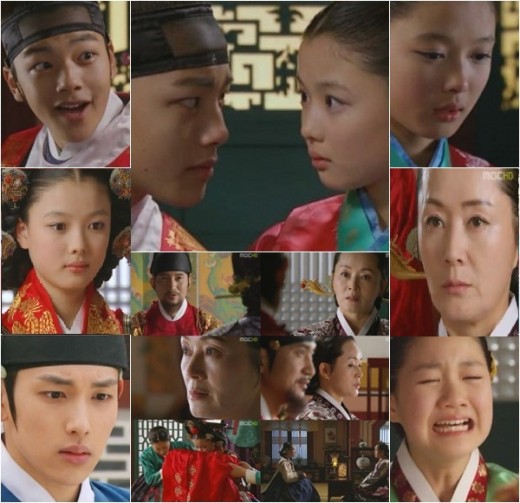 Drama "The Sun and the Moon" has taken over Thursdays as well by breaking through 23.4%.

On this episode, Lee Hwon (Yeo Jin-goo) and Yeon-woo (Kim Yoo-jung) reunited and exchanged feelings for each other while Yeon-woo became the crowned princess with her wise answers to the questions.

Tension was built up in the drama as King Seong-jo (Ahn Nae-sang) and his mother the Queen (Kim Young-ae) fought over the matter of crowning princess. Princess Min-hwa (Ji Jin-hee) also told King Seong-jo that she wants to marry Heo Yeom (Im Si-wan) and the story officially stepped into place.

""The Sun and The Moon" rated its best again 23.4%"
by HanCinema is licensed under a Creative Commons Attribution-Share Alike 3.0 Unported License.
Based on a work from this source