"The Sun and the Moon" Yeo Jin-goo leaves for Italy? 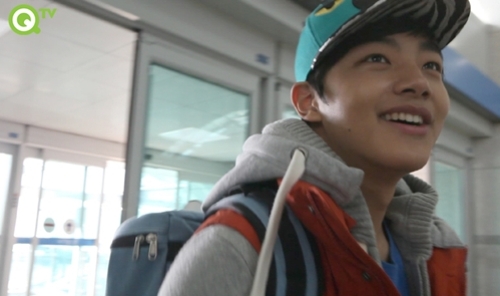 Actor Yeo Jin-goo from the MBC drama "The Sun and the Moon" left for Italy on February 19th.

Yeo Jin-goo will be traveling and experiencing their culture firsthand in the country that most travelers pick as one of the must-visit countries of the world.

Yeo Jin-goo said, "I am very nervous as this is my first time going to Italy. I am going to learn and see many things there so that I can give you special fun".

"I'm Real Yeo Jin-goo" will be shown on QTV this coming March.

The "I'm Real" series is about looking at stars as normal people through their travel experiences and Song Joong-ki, Shin Se-kyung and Jo Yoon-hee have appeared on the show.

""The Sun and the Moon" Yeo Jin-goo leaves for Italy?"
by HanCinema is licensed under a Creative Commons Attribution-Share Alike 3.0 Unported License.
Based on a work from this source