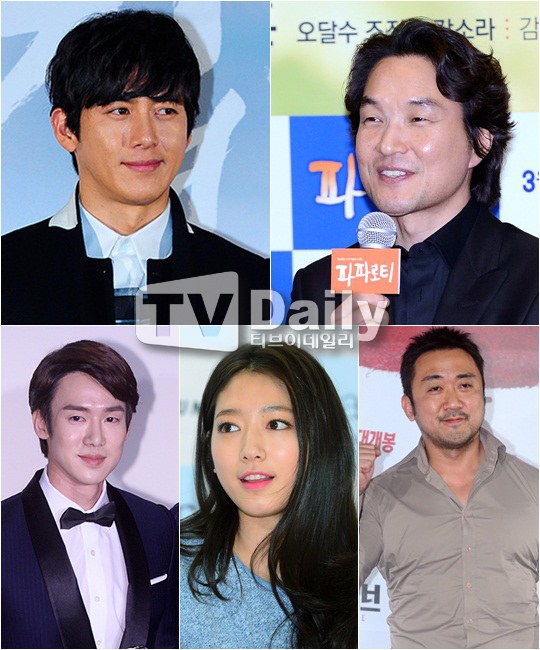 Han Suk-kyu, Go Soo, Park Shin-hye, Yoo Yeon-seok and Ma Dong-seok have been cast for the movie "The Tailors".

"The Tailors" is an emotional historical movie about the love, talent, jealousy and passion caused by a beautiful outfit made my tailors of the Royal Family in the Chosun times. In the role of Dol Seok, one who is strict on rules and regulations is Han Suk-kyu and Go Soo is genius Gong Jin ,who is born with talented hands and taste.

Yoo Yeon-seok and Park Shin-hye play the roles of the king and the queen who gets involved in a massive case due to Gong Jin's tailored clothes in a palace full of plots and schemes. Yoo Yeon-seok is at the peak of his life with cable TV show "Answer Me 1994" and Park Shin-hye is still in the craze of "The Heirs". They will be attempting at a change through this movie. Ma Dong-seok is Pan Soo, the one who brings Gong Jin to the palace first.

Director Lee Wonsuk will be in charge of this movie. He promises to make a movie that will relate to those living in the modern world today.

The movie cranks in February next year.

""The Tailors" starring Han Suk-kyu, Go Soo, Yoo Yeon-seok and Park Shin-hye"
by HanCinema is licensed under a Creative Commons Attribution-Share Alike 3.0 Unported License.
Based on a work from this source