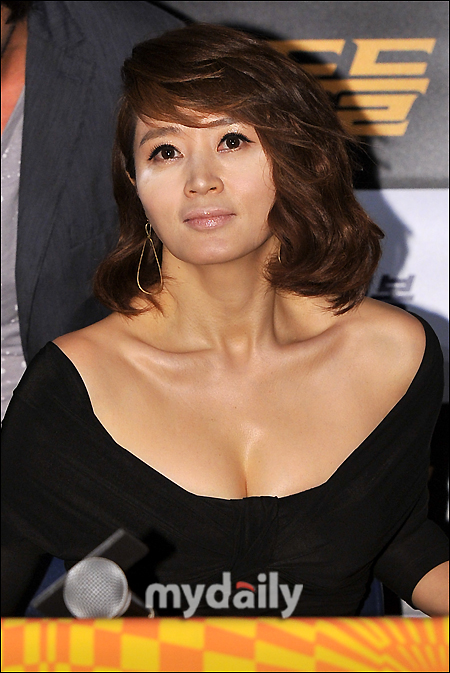 Actress Kim Hye-soo spoke about when she suffered panic disorder during an underwater shoot.

At the press release of the movie "The Thieves" on the 10th in Seoul, Kim Hye-soo said, "I have an underwater experience and it was really tough".

"I heard this from other people once it was over but I think it was panic disorder. The movie shows not an act but the real thing of me trying to survive".

She continued, "I always learn and experience new things with a new movie but the subject is different".

"The Thieves" is a crime action movie about a group a thieves attempting to steal a rare diamond called the 'Tears of the Sun' from a casino in Macao.

""The Thieves" Kim Hye-soo "I suffered panic during the water shoot""
by HanCinema is licensed under a Creative Commons Attribution-Share Alike 3.0 Unported License.
Based on a work from this source