"The Thieves", No. 2 Most Successful Movie In Korean Film History 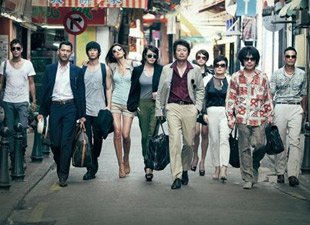 Many saw it coming, but the movie "The Thieves" has just broken another record.

"The Thieves" was able to reach the 12.31 million mark in just 37 days after its release, which was a day faster than the movie "The Host".

The ultimate #2 highest grossing movie in Korea is about a group of 10 thieves from Korea and China, that are all after a very valuable diamond called "The Tear Of The Sun", held in a casino in Macau. The movie features an A-list cast of Kim Yun-seok, Kim Hye-soo, Lee Jung-jae, Jun Ji-hyun, Kim Hye-sook, Oh Dal-soo, and Kim Soo-hyun.

""The Thieves", No. 2 Most Successful Movie In Korean Film History"
by HanCinema is licensed under a Creative Commons Attribution-Share Alike 3.0 Unported License.
Based on a work from this source