"The Thieves" ranks first place in the box office 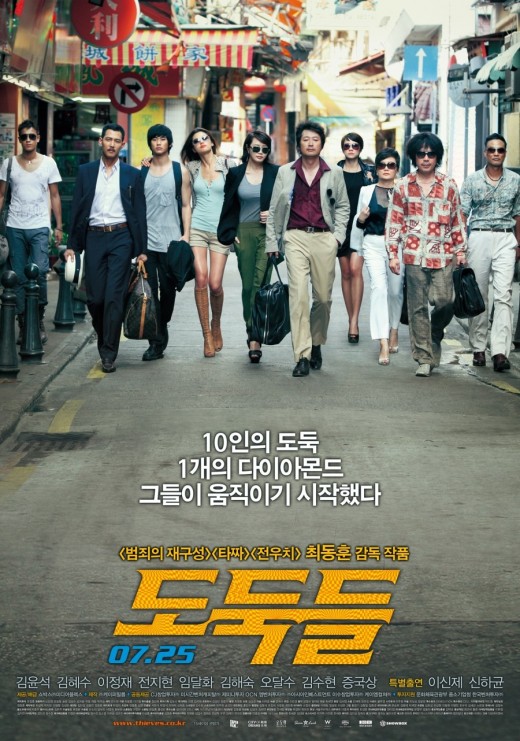 Movie "The Thieves" beat Hollywood blockbuster "The Dark Night Rises" and took over the box office on its first day of release.

According to the Films Commission, "The Thieves" gathered a number of 435,891 audiences and took over first place on the 25th. The accumulated number is 451,740.

"The Dark Knight Rises" was released on the 19th and has been creating a 'Batman syndrome', breaking various records but 10 The Thieves have stopped the Bat. Popular for its amazing cast, "The Thieves" dominated the movie which broke through 3 million people in 6 days and led the scene.

However, the real win starts now. Will it just end as a opening special or will it show the power of Korean movies like "Deranged" which beat "The Amazing Spiderman"?

A tough competition between "The Dark Knight Rises" and "The Thieves" is about to go on this coming weekend.

""The Thieves" ranks first place in the box office"
by HanCinema is licensed under a Creative Commons Attribution-Share Alike 3.0 Unported License.
Based on a work from this source