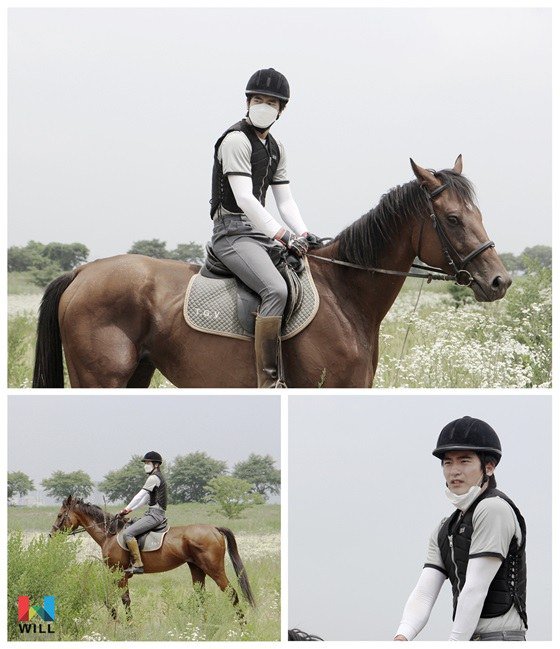 Lee Jin-wook's agency posted pictures of him horseback riding on Facebook. Lee Jin-wook takes on the role of Prince Sohyeon in the tvN drama "The Three Musketeers - Drama".

Lee Jin-wook is dressed for horseback riding and seems very relaxed. He also seems very manly at the same time.

Although it's his first time learning to ride a horse for a drama, he's a natural.

His agency claims, "Lee Jin-wook has been practicing almost every day for his role as Prince So-hyeon and not only that, he practices Manchu very hard, too. His hard work shows his passion for the drama, so we expect a lot from this drama".

Prince Sohyeon by Lee Jin-wook is the leader, Yang Dong-geun is Heo Seung-po and Jung Hae-in is Ahn Min-seo. Other casts include Jung Yong-hwa as Park Dal-hyang, Yoo In-young as Jo Mi-ryeong and Seo Hyun-jin as Kang Bin. To be broadcast in August.

""The Three Musketeers" Lee Jin-wook in horseback riding practice"
by HanCinema is licensed under a Creative Commons Attribution-Share Alike 3.0 Unported License.
Based on a work from this source